FCC Chair: New Rulemaking Will Rein in Excessive Social Media Immunity that Has ‘No Basis in the Text of Section 230’

On Thursday, a day after social media platforms Facebook and Twitter censored a New York Post article reporting allegations potentially harmful to former Democrat Vice President Joe Biden’s presidential campaign, FCC Chairman Ajit Pai announced that the FCC will issue a rulemaking to clarify the breadth and meaning of Section 230 of the 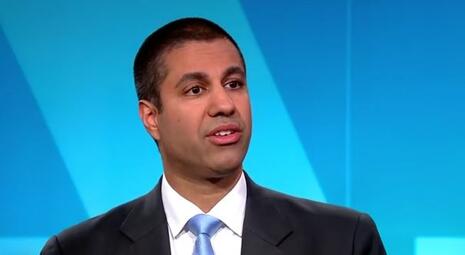 “Members of all three branches of the federal government have expressed serious concerns about the prevailing interpretation of the immunity set forth in Section 230,” Pai writes in a statement announcing the decision to issue a clarification.

Citing Supreme Court Justice Clarence Thomas’ observation that many courts have gone “far beyond the actual text of the provision” to grant “sweeping protections to Internet platforms,” Pai declared that this excessive immunity from consumer protection laws “has no basis in the text of Section 230”:

“Many advance an overly broad interpretation that in some cases shields social media companies from consumer protection laws in a way that has no basis in the text of Section 230.”

And, while they do have a right to free speech, these social media companies have no more immunity than any other type of media:

Pai says that the FCC’s general counsel has assured him that the FCC has the legal authority to interpret Section 230, which it will now do:

“The Commission’s General Counsel has informed me that the FCC has the legal authority to interpret Section 230. Consistent with this advice, I intend to move forward with a rulemaking to clarify its meaning.”

Pai’s announcement comes at a time when conservatives are increasingly voicing complaints that their posts on social media platforms are being unfairly flagged and censored.

In August, the FCC invited public input regarding a petition filed by the Trump administration regarding how social media companies are allowed to moderate the content posted by their users.