Mark Levin: Facebook Folds, Any Future Censorship Efforts ‘Will Not Be Tolerated’

“What chance do average Americans have for free speech” if Big Tech platforms like Facebook blatantly censor conservative commentator and Constitutional Scholar Mark Levin, Sen. Ted Cruz (R-Texas) asked Thursday, prompting Levin to agree and vow that future censorship “will not be tolerated.” 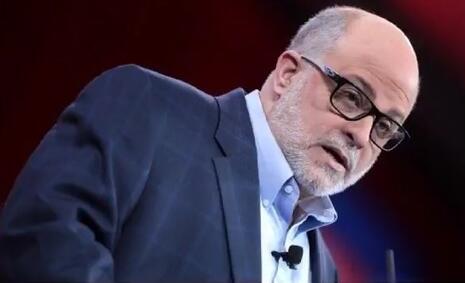 “Absurd. If Big Tech will blatantly try to censor The Great One, what chance do ordinary Americans have for free speech?” Sen. Cruz tweeted, linking to a Washington Examiner article, titled “Mark Levin says he was 'prepared to go to war' before Facebook backed down on censorship of his page.”

“Ted is right, and any further efforts to try and censor discussion and debate on my Facebook site will not be tolerated,” Levin tweeted in reply.

As CNSNews.com reported on Monday, Levin tweeted out a message he had received from Facebook, stating that his Facebook page would experience “reduced distribution and other restrictions.” Levin called the restriction “a clear effort at censorship.”

Levin’s last post before being flagged by Facebook stated: “Biden lied repeatedly at the debate about the money Hunter received but got away with it.”

Ted is right, and any further efforts to try and censor discussion and debate on my Facebook site will not be tolerated https://t.co/vmwfIYJsgd

“A Senate Republican report by the Homeland Security and Governmental Affairs Committee says Mr. Trump is right, though it was not Moscow’s mayor, but his wife, whom the U.S. suspects of corruption in attaining billionaire status.”

Thursday’s Washington Examiner article quotes Levin saying he was preparing to wage “a hell of a battle” before Facebook backed down:

“I’m following up to confirm that Mr. Levin’s page should be restored over the next couple days,” an email from Facebook began, which Levin read aloud to his audience on his show Monday night.

“Let me just say this,” Levin continued. "There was no reason for any of this. It was very wise of Facebook to back down and back off because I was gearing up for a hell of a battle.”

Editor's Note: This piece was first published on CNSNews.com