Facebook’s censorship has gone from removing opinions to threatening to remove entire pages.

Conservative YouTuber Mark Dice reported that Facebook took down a post from his page on Twitter. But Dice said the platform went a step further, warning him that, “Your page is at risk of being unpublished, and has reduced distribution and other restrictions, due to continued Community Standards violations.” Dice tweeted that he had received the strike for posting a Jan. 18 story from Newsweek, which said, “3 in 4 Republicans Don't Think Joe Biden Won Election Legitimately: Poll.” Dice had commented on the post, “Censoring Trump supporters isn’t changing our minds. It’s just confirming our suspicions.” 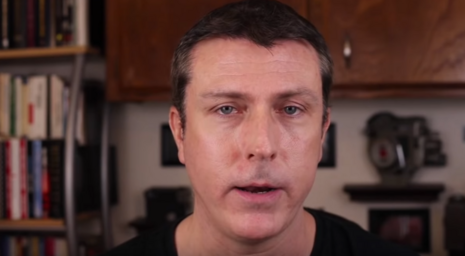 In a message to the Media Research Center, Dice theorized, “Perhaps their OCR Optical Character Recognition detected the ‘stop the steal’ sign which is in the Newsweek article itself, not something that I posted, and is the autogenerated thumbnail when posting a link to it.”

Dice also reported that his page had been demonetized. Furthermore, according to the notice he received, the page was no longer being recommended in the Facebook algorithm.

The Newsweek article was a simple poll from CNN, which stated, “A CNN poll, released on Sunday and conducted by SSRS between January 9 and 14, shows that 75 percent of Republicans do not think that Biden won the election legitimately, compared to 1 percent of Democrats and 36 percent of independents.”

In addition, Facebook fact-checked a photo from Dice’s page that showed Martin Luther King Jr. wearing a MAGA hat. The photo was given an interstitial, or a filter that users had to click through, and also was labeled “False Information.” It is unclear if Facebook will now fact-check all memes and photoshopped content or just content that promotes the right.

Dice, who has 809,6656 followers on Facebook and 1.65 million subscribers on YouTube, called for a “Big Tech exodus” on Twitter. Other major conservative commentators such as Mark Levin have already left Facebook for good. While each commentator has chosen different alternative platforms, Dice seems to have chosen MeWe, Telegram, Rumble and Gab.

Conservatives are under attack. Contact Facebook's leadership by contacting Facebook headquarters at 1-650-308- 7300 or 1-650-543-4800 and demand that Facebook not permit this type of behavior on its platform. If you have been censored, contact us at the Media Research Center contact form to be included in our database, and help us hold Big Tech accountable.