The anti-free speech left is all but breaking out the champagne and party hats over YouTube’s permanent ban of Fox News host Dan Bongino. 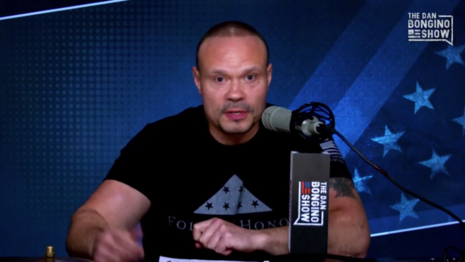 CNN’s Reliable Sources newsletter, in fact, flung pretty vindictive wording at Bongino after YouTube banned him: “Right-wing rage performer Dan Bongino has been permanently banned on YouTube. The social media company said Wednesday that Bongino attempted to evade a suspension and, thus, has been booted.” Reliable Sources anchor Brian Stelter has a consistent history of false assertions and questionable commentary on the show. CNN reporter Oliver Darcy, who introduced the newsletter slamming Bongino, also has an overtly liberal bias similar to Stelter’s.

Reliable Sources was joined by others in bashing Bongino. Occupy Democrats, a self-described “Grassroots political organization that supports progressive Democrats,” has a verified account on Twitter. Occupy Democrats tweeted, encouraging others to thank YouTube for banning Bongino: “BREAKING: Right-wing lunatic Dan Bongino gets hit with a permanent ban from Youtube for trying to circumvent the temporary suspension he received for spreading COVID-19 misinformation. RT TO THANK YOUTUBE FOR PUTTING THEIR FOOT DOWN!”

Individual journalists also expressed their apparent approval of YouTube’s censorship. Molly Jong-Fast, a contributing writer for The Atlantic and columnist for Vogue, tweeted on her verified account, “Between justice Breyer retiring and Dan Bongino getting bounced from YouTube, it’s been a pretty solid day.”

Meanwhile, Ed Bott, a tech journalist and Microsoft Most Valuable Professional, sneered on Twitter, “‘You can't ban me, I quit!’ screams Dan Bongino as he throws all of his toys from the pram.” Ironically, Bongino announced he was leaving YouTube before the video platform instituted the ban.

Left-leaning media outlet Mashable piled on too, posting an article on Facebook about Bongino with the comment, “He tried to evade a suspension not just once, but twice!” Mashable ended its article, “[D]riving his audience to Rumble won't only help pump Bongino's subscriber numbers. Bongino is an investor in Rumble too.”

YouTube permanently banned Bongino from YouTube, allegedly for ban evasion. Bongino’s weekday show The Dan Bongino Show has over 2 million subscribers on the Rumble video platform and had around 900,000 YouTube subscribers before the ban.