Meta (Facebook) is not the only tech company seeking to remake the world as a metaverse. Pokémon Go developer John Hanke recently suggested that augmented reality (AR) “is where the real metaverse is going to happen.” 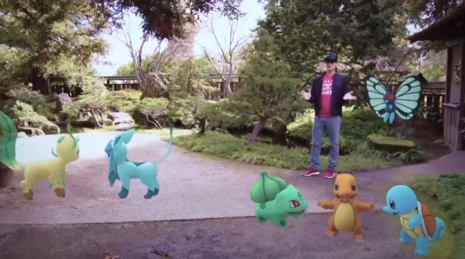 Founder and CEO of Niantic Labs Hanke was the “mastermind” behind the 2016 launch of popular interactive video game Pokémon Go. Hanke is now in pursuit of extending “augmented reality” far beyond a video game to provide both entertainment and new functionality to everyday life. WIRED reported that Niantic and chip giant Qualcomm are developing “augmented reality glasses.” Hanke reportedly described to WIRED how people can choose which “reality channel” to tune into. Users could superimpose countless digital augments on their environment, including both historical and fantastical figures and events.

WIRED explained how “reality channel[s]” would work. “Those tuned to the proper ‘reality channel’ will experience their location’s alter ego, which may blast them to the past, rocket them to a possible future, or anything in between,” WIRED explained. Hanke reportedly said that a user could walk through New York and see “King Kong climbing up the Empire State Building, or the Ghostbusters vortex on top of that apartment building on Central Park West. You would be able to create that persistent reality. Everybody will be able to see it, and it’s kind of locked in place.”

Hanke reportedly clarified that his AR metaverse would have many “nongaming” applications, such as facilitating transportation and shopping. He said it would use ubiquitous computing, which is “smaller and less obvious and more embedded on your person or in the environment,” according to WIRED. Ubiquitous computing would involve detailed geographical data. Hanke said that people developed an unhealthy dependency on certain types of virtual reality during the COVID-19 pandemic and that his augmented reality could help get people outside and interacting with their environment, in contrast to the “full-on metaverse,” WIRED reported.

The WIRED interviewer challenged Hanke that his AR metaverse would allow people to spend too much of their lives in a “dream world.” Hanke responded that his metaverse could be compared to the digital version of Disneyland, but tried to claim that AR would still be “embellishing things selectively,” according to WIRED.

Technology can be manipulated in concerning ways, however. Both Democrats and Republicans, including leftist Rep. Alexandria Ocasio-Cortez (D-NY), have spoken up against the potential dangers of man-made algorithms. Project Veritas Founder James O’Keefe summarized reported revelations from a Facebook executive that were caught on camera, O’Keefe suggesting that the Big Tech executive “openly admit[ted] that Facebook’s technology can be weaponized against its owners.”  Smart device apps were reported in 2019 to be potentially eavesdropping and phishing for passwords. Hanke’s envisioned metaverse would be different from what we experience now, too, and his plan for the future merits discussion at the very least.