A proposed law in the United Kingdom (U.K.) would reportedly regulate social media like a “hazard industry,” with new methods of censorship. Free speech advocates should be concerned.

The U.K. Online Safety Bill would allow communications regulator Ofcom to impose multibillion-dollar fines on social media companies for violations and even possibly criminally charge social media executives, Bloomberg Opinion Columnist Parmy Olson wrote. The proposed law would reportedly provide Ofcom with “internal research” so that Ofcom could inform a social media company “to tweak its algorithms to change those statistics, or be punished.” 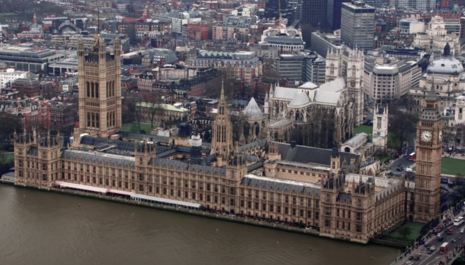 The proposed law reportedly follows the suggestions of Facebook “whistleblower” Frances Haugen. Haugen lauded the bill’s approach as “world-leading,” according to Olson on Bloomberg Opinion. Haugen was discovered to be a leftist activist with ties to prominent Democrats. Haugen also has openly advocated for increased social media censorship.

Social media platforms would be treated as “public environments” rather than publishers by the U.K. bill, an approach that Bloomberg Opinion’s Olson absurdly claimed balances “free speech” and “human welfare.” The coercive nature of the bill, by way of penalties and the threat of criminality, appears to create a much greater incentive to censor, leaving the question of how much of a chilling effect on free speech there will be if the bill becomes law.

Olson gave an example of content potentially targeted by the law, saying that Ofcom would know if women in a certain area in Britain were likely to consume alleged “Covid misinformation” online. Ofcom could then warn social media companies of penalties if the trend were not altered, according to Olson. The proposed law would also reportedly require social media companies to perform “regular risk assessments” and take action on alleged harmful or illegal content.

The U.K. Online Safety Bill may become a “template” for other world governments to approach social media regulation, Olson suggested. Sen. Ron Johnson (R-WI) recently slammed the idea that increased regulation is the answer to social media issues, saying there is no “unbiased arbiter of truth.”