Facebook “whistleblower” Frances Haugen is being treated by the left and media as a hero. But The Wall Street Journal, Glenn Greenwald and Ben Shapiro, to name a few, have blasted Haugen’s push against free speech online.

Haugen’s critics see this social media scandal as the Democrats’ latest ploy to arrogate more censorship power to themselves. New revelations reported that Haugen donated to multiple leftist groups and was a member of the team that censored the Hunter Biden laptop story while at Facebook. 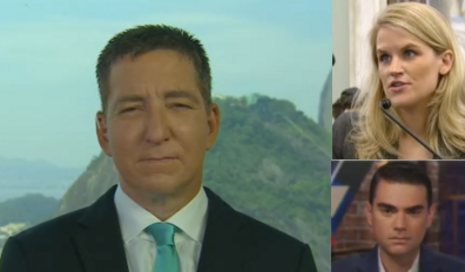 An opinion piece in The Wall Street Journal, the very source of The Facebook Files, and written by The Editorial Board, is titled, “Facebook Needs to Empower Parents, Not Censor Political Speech.” The Journal agreed with Haugen’s critiques, but added, “This is a problem that can’t be solved by government.” The Journal advocated instead giving users and parents more control. The Journal objected to the Democrat focus on alleged “misinformation.” “They’ve proposed eliminating Section 230 liability protection for algorithms or requiring Facebook to submit its algorithms to regulators for review. Just what we need—a Bureau of Algorithms,” The Journal observed drily.

Glenn Greenwald slammed both Haugen and her leftist, anti-free speech fans in his newsletter. “Much is revealed by who is bestowed hero status by the corporate media,” Greenwald warned.  While acknowledging Big Tech as “grave menaces,” he objected to increased censorship and government control. Greenwald assessed Haugen as a “seemingly informed ‘insider’ face” for the argument that Facebook is destructive by “allowing too much content to go uncensored.” Greenwald indicated that Democrats and their allies don’t want to reform Section 230 well if that means less censorship. He also warned that Section 230 reform could be used badly by the left. Greenwald accused the Democrats of wanting to create “captive audiences” by destroying or controlling information competitors:

“[F]ree speech on social media prevents them from maintaining a stranglehold on the flow of information by allowing ordinary, uncredentialed serfs to challenge, question and dispute their decrees or build a large audience that they cannot control. Destroying alternatives to their failing platforms is thus a means of self-preservation.”

Ben Shapiro took to Twitter to criticize the Democrats’ censorship push and to call out Haugen for requesting a “regulatory home where someone like me” could “work on things like regulation.” Haugen “isn’t blowing the whistle at all,” Shapiro tweeted. “Democrats and media explicitly wish to avoid neutral, transparent regulation of Facebook. Instead, they want an agency that will act as a sort of super-CEO of the company. They’re not hiding the ball on this. The goal is control of informational dissemination,” Shapiro insisted.

Contact your senators and demand that they mirror the First Amendment: Tech giants should afford their users nothing less than the free speech embodied in the First Amendment as interpreted by the U.S. Supreme Court. If you have been censored, contact us using CensorTrack’s contact form, and help us hold Big Tech accountable