The “Big Four” tech companies – Amazon, Google, Facebook and Apple – spent more than $55 million lobbying the federal government in 2021 to stave off antitrust legislation. That’s a $21 million increase over 2020, according to Politico Morning Tech. 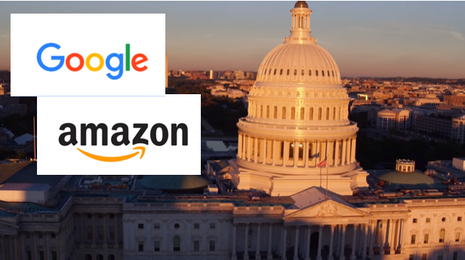 The increase in companies’ direct spending on lobbying comes amid the December dissolution of the Internet Association, which was an advocacy group and at one time a prime lobbying vehicle for tech companies. Certain tech companies pulled their funding from the group amid competing priorities of its members, which included juggernauts like Meta, Amazon and Apple.

Competing tech companies also spent substantial amounts on lobbying as they seek to put their stamp on any forthcoming legislation, the article said.

Among the most notable examples: Microsoft increased its spending 8 percent from $9.4 million to $10.2 million; Oracle boosted its spending about 12 percent from $8 million to $9.1 million; and, Epic Games registered its first in-house lobbyists in December, “reporting $40,000 in in-house lobbying spending,” according to the story. Epic remains in a legal battle with Apple after claiming the giant runs its App Store as a monopoly.

“Overall, this spending pales in comparison to the tens of millions spent by Facebook, Amazon and Google,” the story said. “But it’s still notable that these companies are dialing up their presences in Washington, readying themselves for all the fights ahead.”

Many observers believe Congress will pass bipartisan Big Tech accountability legislation this year, as lawmakers have held several hearings and introduced several bills on the issue in recent months.