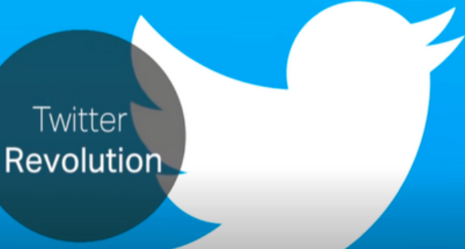 Twitter will use a new feature on the platform to promote “safety” on the platform. TechCrunch reported that users would see third-party apps promoted on Twitter using “Twitter Toolbox.”

“The Twitter Toolbox offers more solutions to improve your experience on Twitter,” the Twitter Toolbox prompt read. The platform cited discussions with developers as the origin of the tool, which reportedly helped users block specific content from their accounts. “[Developers] want users and we want to provide them with the right users at the right time,” Amir Shevat, the head of product for Twitter’s developer platform, told TechCrunch.

“We’re very enthused about the opportunity to get in front of users who are really going to benefit from what we’re doing,” she said, according to TechCrunch. “This way, we are much more directly getting in front of the people who want this kind of tooling.”

“We currently estimate that 25% of users installing Bodyguard come from the Twitter Toolbox website, and we expect that figure to rise to 50% within the next few days,” he said, according to TechCrunch. “We’re also excited about this new experiment that will bring Bodyguard to Twitter users who need an immediate, free, real-time, customizable and high-quality protection against toxic content directed at them on their social media.”

Twitter has toyed with expanding user safety online in the past.

One tested feature was called “downvoting” and allowed users to “downvote” posts they disagreed with. Twitter noted that while downvotes were not public, they highlighted “content people want to see.”

At the time, Twitter told MRC Free Speech America that the “experiment” was in its learning stage and does “not impact how replies are ordered.”

“We are still in the learning stage of this experiment and are looking to gain a better understanding of how Reply Downvoting could help us better surface the most relevant content for people on Twitter in the future. At this stage in the experiment down votes are private and do not impact how replies are ordered,” Twitter said.

Twitter Toolbox launched after Elon Musk offered to buy the platform and make it private for $43 billion. Twitter used a “poison pill” method to stall the offer.