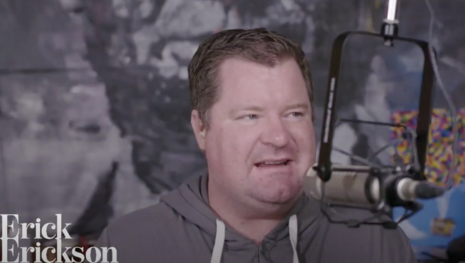 Erickson was commenting on a post about the suspension of conservative commentator Allie Beth Stuckey, who had been suspended days before for the same violation.

“Twitter has suspended me for 12 hours for saying Laurel Hubbard is a man, which is objectively true,” she said. “What’s that Orwell quote? Something about the further people get from the truth the more people will hate those who say it?"

In an email to fans, Erickson stood by his comments.

“Well, it seems post-modernity has caught up to me. Twitter has suspended me for a statement of fact that Twitter’s woke employees do not like,” Erickson said. “In defending Allie Beth Stuckey, who was previously suspended from Twitter for a statement of truth, I reiterated that, in fact, the New Zealand transgender weight lifter is a man.”

“Twitter has suspended me for stating the truth,” he added.