It appears Twitter suspended a user's account for sharing a clip of Rogan nuking the liberal narrative on gun violence in America. “I wrote this thing once where I said ‘This country has a mental health problem disguised as a gun problem,’ and that's what it is,” Rogan said.

Rogan warned further that the American government is prone to tyranny, and that surrendering the firearms that keep authoritarianism in check would make it far worse:

I don't think it's wise to take the guns away from the people and leave all the power to the government. We see how they are even with an armed populace. They still have a tendency towards totalitarianism, and the more increased power and control you have over people, the easier it is for them to do what they do, and there’s a natural inclination when you are a person in power to try to hold more power and acquire more power, and it's never–there's never an inclination to give more power back to the people, to give more freedoms back to the people.

Conservative commentator and former MRC employee Dan Gainor shared the tweet of the clip before the underlying tweet was purged, observing that it contained “48 seconds on why @joerogan is so popular and so important.”

But Twitter can't hold back the tide of Rogan’s words. 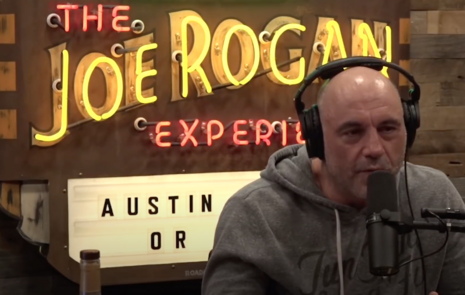 Rogan recounted that in early 2013 he tweeted: “This country has a mental health problem disguised as a gun problem and a tyranny problem disguised as a security problem.” Later in the same thread, he appeared to respond to counter-arguments by citing government tyranny. “The fact that the skies above us will have 30,000 drones by the end of the decade, I would call that ‘tyranny,’" Rogan tweeted. He also commented on the growth of the surveillance state “building a facility to record every phone call and email every US citizen sends and receives.”

Conservatives are under attack. Contact Twitter at 415-222-9670 and demand that Big Tech mirror the First Amendment while providing transparency and equal footing for conservatives. If you have been censored, contact us using CensorTrack’s contact form, and help us hold Big Tech accountable.