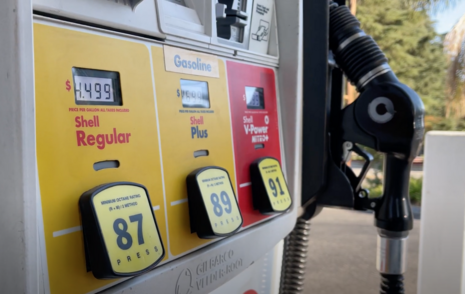 Is quoting the president’s own words a thoughtcrime? “.@Heritage_Action posted a video using Biden’s *own words* about his anti-American energy plan, and Facebook’s ‘fact-checkers’ flag it for misinformation,” Heritage Action Press Secretary Lindsey Curnutte said in a March 15 tweet. “Big Tech is doing the Biden Admin’s bidding and they’re not even trying to hide it.”

Facebook placed an interstitial, or filter, over Heritage Action’s video, suppressing the posts reach. The video showed Biden and his administration explaining how his policies would cause gas prices to skyrocket. The interstitial labeled the video as “Missing context.”

“Since day one, Joe Biden has pursued an assault on American energy making us more dependent on other countries,” Heritage Action’s post explained in the caption. “Now, everyone is feeling the effects of his anti-American policies at the pump. And it's no laughing matter.”

Facebook linked to a fact-check appearing to cover for Biden.

“Social media posts claim a surge in gasoline and crude oil prices is being caused by US President Joe Biden's decisions to limit drilling and to halt the Keystone XL pipeline project. This is misleading; sharp swings in energy prices in 2022 come from a variety of factors, including a rebound in economic activity following low demand and little investment during the Covid-19 pandemic, and the OPEC cartel's reluctance to raise output.”

Facebook has a history of punishing conservatives for quoting past statements that don’t fit liberal narratives.

Facebook-approved fact-checker PolitiFact rated a graphic from the Media Research Center (MRC) as “FALSE,” even though the image clearly captured and cited a chart from the Centers for Disease Control and Prevention.

MRC spokesperson Iris Miller explained to PolitiFact that “[t]his is the same chart that is on the CDC's website, found at: https://gis.cdc.gov/grasp/covidnet/COVID19_5.html,” and quipped, “If you disagree with the data or the chart, you should fact-check the CDC.”

Biden has been supported consistently on his energy policy by the liberal media. During ABC’s World News Tonight in late November, anchor David Muir and congressional correspondent Rachel Scott praised Biden for releasing 50 million barrels of oil from the strategic reserves; after he had initially resisted doing so.

Fox News summarized Fox News host Jesse Waters’s statement about the Biden administration’s move by writing, “While 50 million barrels may seem like a large amount of the precious commodity, the nation will use that up in about 2½ days, Watters said.”