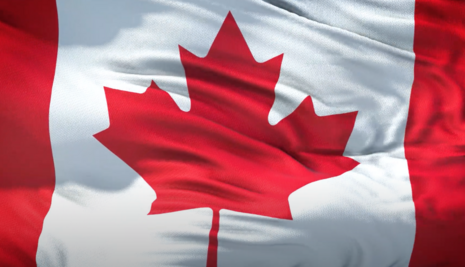 The Canadian government ruthlessly cracked down on peaceful protesters demonstrating against the government’s draconian COVID-19 mandates. And the powers that be are unfreezing the accounts of some organizers, participants and donors now that other Canadians are suing for damages.

Out of the frying pan and into the fire. The freedom convoy’s peaceful protest may be routed, but the trials of its participants are far from over. “The federal government says the [Royal Canadian Mounted Police] are working with financial institutions to ‘unfreeze’ bank accounts locked by emergency orders that targeted people who organized, participated in, or donated to the so-called Freedom Convoy blockades,” Canadian news outlet Toronto Star reported Feb. 22.

However, their battles have only just begun, as “a group of Ottawa citizens, businesses, and employees who are suing key organizers of the so-called Freedom Convoy 2022 won a sweeping order to preserve their ability to recover damages.”

Rather than just the boot of government authority, Canada has declared citizens are free to sue convoy protestors, organizers and donors into oblivion. Judge Calum MacLeod of the Ontario Superior Court of Justice reportedly explained his rationale: “Even if the defendants are ultimately found to be lawfully exercising constitutional rights of protest and dissent, it does not follow that in the exercise of those rights they do not have responsibilities to their fellow citizens.”

The Star reported that over 200 accounts and a massive amount of assets had been frozen: “The Department of Finance officials said the emergency order issued by the Trudeau government led to between 206 to 210 accounts being frozen, totalling some $7.8 million.” The Star summarized further that money and assets in multiple forms had been frozen on a wide scale:

“On Monday, the RCMP said it had frozen 219 financial ‘products’ and disclosed 57 ‘entities,’ along with the ‘addresses of 253 bitcoin shared with virtual currency exchangers; and, the proactive freezing of the account of a payment processor for a value of $3.8M by a financial institution.’”

The jury is out on whether American victims will ever be able to sue radical left-wing rioters who caused $2 billion in damages across America in 2020 or against activists who reportedly burned churches across Canada in 2021.