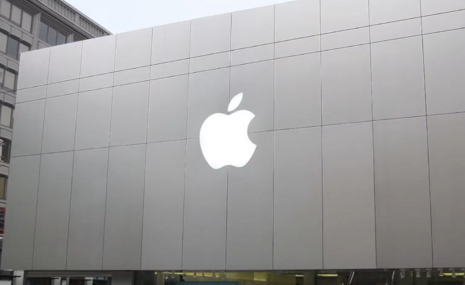 Apple has reportedly bent over backwards to cater to the anti-religious Chinese Communist Party in order to keep a firm hold on the lucrative Chinese consumer market. The tech giant has made it loud and clear that it will betray the American principles of religious liberty and personal choice if the price is high enough.

“US tech giant Apple has removed two popular religious apps from its Chinese App Store – ‘Bible App by Olive Tree’ and ‘Quran Majeed – القران,’” Reclaim The Net reported Oct 14. “Both apps have hundreds of thousands of ratings in the US App Store and are collectively downloaded by over 100,000 users each month, according to data from Sensor Tower.”

An online database claimed that apps had indeed been removed from the Chinese market.

Reclaim The Net cited Apple Censorship, which it described as “a database that tracks Apple’s App Store removals in different countries.” On Apple Censorship’s website the Bible App by Olive Tree has a single entry that shows the app is reportedly “unavailable” in China and was “previously available.” The Quran Majeed app is also “unavailable” and was “previously available in China.

Reclaim The Net observed the reasons that Apple may be complying with Chinese restrictions on religious freedom:

Apple is one of the few US tech giants that’s allowed to operate in China and access its vast market. As a result of this market access, Apple now has an estimated 14% share of the 970 million user smartphone market in China which translates to an estimated 136 million Chinese iPhone users.

It’s not just Christians and Muslims that appear to be getting targeted by censorship from Apple, however. “[O]ver the last couple of years, Apple has removed thousands of apps from the Chinese App Store including lesbian, gay, bisexual, and transgender (LGBT) apps, games, and political apps,” reported Reclaim The Net. “Not only has Apple mass censored apps in China but it has also been accused of compromising iCloud security, giving Chinese apps a pass when they flout its notoriously strict App Store rules, and punishing an employee for approving an app critical of the Chinese government.”

Apple’s willingness to cater to a foreign communist regime has earned some well-deserved criticism.

Entrepreneur and venture capitalist Peter Thiel had raked Big Tech companies over the coals at an April 6 seminar for ignoring the U.S. interests while appearing friendly to an authoritarian foreign power like China. “[T]here's something about the woke politics inside these [tech] companies, the way, the way they think of themselves as not really American companies,” Thiel commented, chiding them for lacking any “sharp anti-China edge of any sort whatsoever.”

Conservatives are under attack. Contact Apple headquarters at (408) 996-1010 and demand that Big Tech cut ties with the tyrannical Chinese Communist Party. If you have been censored, contact us at the Media Research Center contact form, and help us hold Big Tech accountable.