Facebook for Terrorists But Not Trump? CNN Op-Ed Defends Taliban

Left-wing author of Silicon Values: The Future of Free Speech Under Surveillance Capitalism Jillian C. York condemned former President Donald Trump for fomenting unrest in the past, but expressed wariness over Facebook’s ban of the infamous Taliban.

The Taliban captured Afghanistan with little resistance and appears to be the reigning regime in Afghanistan following the Biden administration’s withdrawal of U.S. troops from the region. Now the question for Big Tech companies is whether a radical government operated by terrorists should be allowed to communicate with citizens online.

“Facebook confirmed this week that, despite taking control of Afghanistan, it would continue to ban the Taliban from using its platform, citing the United States' inclusion of the group on its Specially Designated Global Terrorists list, as well as the company's own policy against ‘dangerous organizations,’" York explained in a CNN op-ed. Her piece was absurdly headlined, “Why Facebook's continuing Taliban ban should concern us all.” 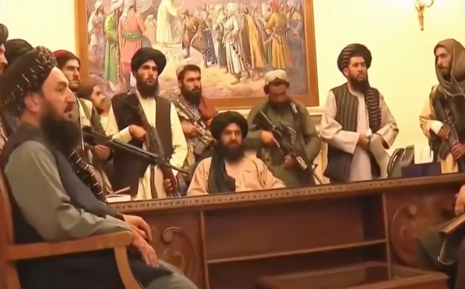 York almost appeared sympathetic to the Taliban’s lack of a presence on Facebook and noted further: “Beyond the legal quandary facing the company, however, is a bigger question: When a group that some or even much of the world deems a terrorist organization takes power over the governance of a nation-state, who should have the ultimate say in whether that group has equal access to the world's most popular platform?”

She went on to suggest: “Though there are certainly short-term benefits—and plenty of satisfaction—to be had from banning Trump, the decision (and those that came before it) raise more foundational questions about speech.”

Apparently, at least according to The Washington Post, terrorist organizations can avoid deplatforming so long as they play by the rules as outlined by Big Tech: “[T]he ability of the Taliban and its supporters to operate substantially within the rules of companies such as Facebook, Twitter and YouTube has left Silicon Valley vulnerable to intensifying political crosscurrents: U.S. conservatives have been demanding to know why former president Donald Trump has been banned from Twitter while various Taliban figures have not.”

The Post absurdly indicated that, according to analysts, “Trump’s posts for years challenged platform rules against hate speech and inciting violence. Today’s Taliban, by and large, does not.”

Technology Policy Editor of The Post Mark Seibel shared the article on Twitter and appeared to summarize in his own words the outrageous sentiment: "Why Trump's banned and the Taliban aren't: they play by the rules."