Instagram appears to have cracked down on satire. Fun is seemingly no longer allowed on the platform. “Luke Rudkowski, founder of the independent news outlet We Are Change, reported that when he shared a post that jokes about Fauci recommending ‘face masks over your eyes so you can’t read his leaked emails’ on Instagram, he was told it was ‘missing context’ based on a fact check from USA Today,” Reclaim The Net reported. 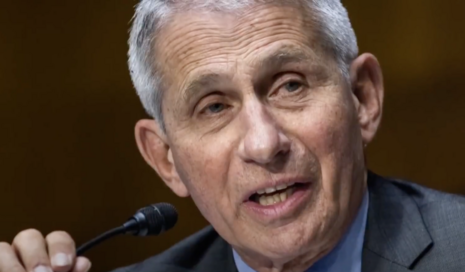 “Seriously @USATODAY got nothing f******** better to do but to attack clear satire trying to take my account down!?

The International Fact-Checking Network (IFCN) is a “forum for fact-checkers” run by the Poynter Institute that oversees fact-checking for Facebook. It has received financial aid from two liberal groups: George Soros’s Open Society Foundations (OSF) and The Omidyar Network.

The screenshot in question showed an article headlined, “Fauci now recommends face masks over your eyes so you can’t read his leaked emails.” The article was from a satire website called Genesius Times.  The website is self-described as “THE MOST RELIABLE SOURCE OF FAKE NEWS ON THE PLANET.”

Fauci’s emails have been a source of scandal for the medical and media establishment.

In what appeared to have been an attempt to cover up the truth, ABC’s World News Tonight and the CBS Evening News ignored the scandal of Fauci’s emails completely. The emails, obtained through the use of a Freedom of Information Act request, revealed that Director of the National Institute of Allergy and Infectious Diseases (NIAID) Dr. Fauci knew the National Institutes of Health may have funded gain-of-function research for coronaviruses, that COVID-19 may have come from a lab and that masks didn’t work.

Unfortunately, Instagram has targeted and censored humorists for years now. Insider noted in 2019 that users who ran various meme accounts on the platform had “already lost out on hundreds of thousands of dollars in combined income.”

Conservatives are under attack. Contact Instagram at 650-543-4800 and demand that Big Tech mirror the First Amendment. If you have been censored, contact us at the Media Research Center contact form to help us hold Big Tech accountable.