Christian author and radio host Eric Metaxas currently still has a YouTube channel, but the outspoken conservative said videos of his radio show have been removed from the platform.

YouTube purges are often outrageous, but are no surprise to conservative commentators. Metaxas tweeted that YouTube purged content from his channel June 1: “FINALLY... Youtube decided that because we violated their ‘community standards’ my show has been entirely kicked off their platform. In related news, the [Chinese Communist Party] CCP and the North Korean govt don't like our videos.”  In an episode of his show still on Rumble, Metaxas declared: “I’m all hopped up. I’m crazy because I got knocked off of YouTube permanently.” 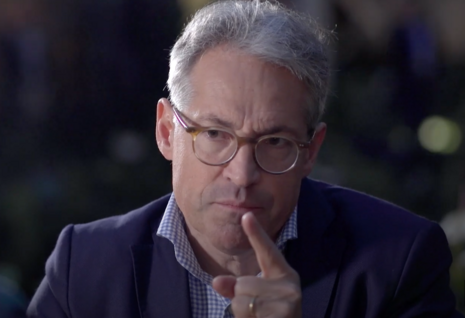 Metaxas urged viewers to respond to censorship by asking them to go to his website and sign up for his newsletter to access his new video content rather than depend on YouTube. Metaxas recounted that his channel had tried to comply with YouTube’s guidelines in order to maintain a presence on the platform:

“[T]his is the point, is that we said, ‘Okay we’ll play nice. You don't want us to put on anything that talks about, you know, all the exciting stuff. So, alright, we won't post that on YouTube. Nonetheless, they went and found old videos or something, to find something they didn’t like. So, we did everything we could to play pattycake with Satan, and evidently Satan doesn't play nice, even when you're trying to play nice. So, we’re now on Rumble.”

Conservative commentator Steven Crowder once predicted that a purge would be coming to YouTube.

Crowder voiced his concerns as early as 2019. Crowder predicted a “purge” on YouTube. Crowder’s core concern was that Big Tech platforms would purge users on what they posted in the past, rather than in the present: “The biggest concern to me — and I'm not entirely sure about this, but I’m pretty confident — is that the new policy, which we will only know once it is in effect, could apply retroactively.” Crowder may very well have been correct.

Media Research Center Founder and President L. Brent Bozell announced April 23 that MRC content could be found on the Rumble platform, remarking: “Starting now, you can find MRC’s video content on Rumble. Follow us and help us fight back against Silicon Valley’s leftist agenda!”

YouTube has not responded to inquiry from the MRC to confirm whether the platform censored Metaxas’s videos.