“One of two Facebook Insiders featured in Project Veritas’ recent #ExposeFacebook series that revealed the company’s censorship of vaccine concerns on a global scale has officially come out of the shadows,” guerilla journalism outlet Project Veritas reported May 27. Project Veritas added: “Kahmann was able to secure additional internal Facebook documents before his suspension that confirm the ‘vaccine hesitancy’ algorithm is live and being implemented globally across Facebook and Instagram platforms.”

In the interview with Project Veritas founder James O'Keefe, Kahmann explained: "Facebook uses classifiers in their algorithms to determine certain content to be what they call ‘vaccine hesitant,’ or they call it ‘vaccine hesitancy.’ And without the user's knowledge, they assign a score to these comments that's called a ‘VH Score,' ‘Vaccine Hesitancy Score.’ And based on that score, will demote or leave the comment alone, depending on the content within the comment." 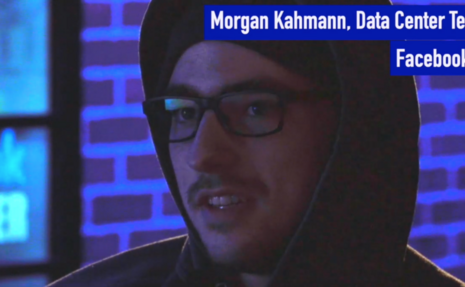 Kahmann also suggested that Facebook can hide posts that have a high “vaccine hesitant” rating for violations such as “indirect discouragement,” such as describing the side effects felt after getting injected with a COVID vaccination.

Kahmann stated, including a reportedly leaked internal document as evidence to bolster his comments, that Facebook seeks to restrict the spread of knowledge regarding “potentially or actually true events or facts that can raise safety concerns.”

He said that “vaccine hesitant” content categorized as “indirect discouragement” is flagged by the platform “because they don't want people to see someone had a bad effect. They’re not saying, ‘don't get the vaccine,’ but they’re saying, ‘look at all this negative stuff that happened after I got the vaccine.”

O’Keefe observed that “they’re reporting facts, but truth doesn't matter.” Kahmann responded, “No, because it doesn’t match the narrative.”

Kahmann explained his rationale that exposing Facebook may be a risk for him, but the future of free speech is more important. “What would happen if this [Facebook Vaccine Hesitancy censorship policy] was scaled larger and scaled to Twitter and the internet as a whole is way worse than anything that could happen from me getting fired from my job,” he explained. “To me, that, it far outweighs that. Because it’s about more than me. It’s about really everyone in the world.”