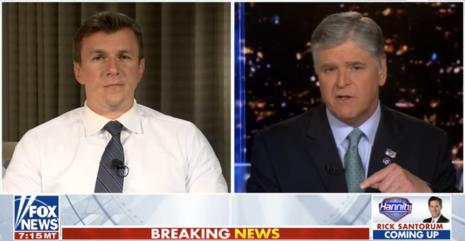 Project Veritas purportedly received documents detailing an algorithm beta test for “Vaccine Hesitancy Comment Demotion,” leaked by two Facebook insiders. “Even if the facts are true ... your comments will be targeted and demoted,” O’Keefe said on the Fox News Channel's Hannity.

He added that the algorithm test ranked comments into several tiers based on caution against COVID-19 vaccinations. “Tier one is alarmist and critical remarks about COVID and the vaccine, and tier two is something called indirect vaccine discouragement,” O’Keefe explained.

The stated goal of the algorithm was to “[d]rastically reduce user exposure to vaccine hesitancy (VH) in comments,” according to the leaked documents.

One of O’Keefe’s anonymous sources, an alleged “Data Center Technician” at Facebook, claimed that the scale of suppression would likely vary on a case-by-case basis. The document mentioned reducing the number of likes a “vaccine hesitant comment” could receive.

Project Veritas asked Facebook to comment on the testing. The company reportedly replied: “We proactively announced this policy on our company blog and also updated our help center with this information.” Facebook has openly promised to reduce the distribution of perceived medical “misinformation” on its blog, Newsroom and Help Center. On Hannity, O’Keefe said that, at the time, “[Facebook hadn’t] yet made most of these documents public.” The platform did not respond to MRC Free Speech America’s request for confirmation of O’Keefe’s report and statements.

Conservatives are under attack. Contact Facebook headquarters at 1-650-308-7300 and demand that Big Tech be held to account to mirror the First Amendment while providing transparency, clarity on “medical misinformation” and equal footing for conservatives. If you have been censored, contact us at the Media Research Center contact form, and help us hold Big Tech accountable.