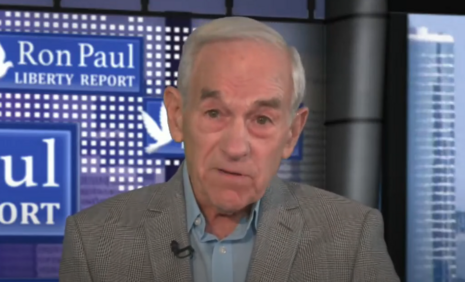 Update: A Facebook spokesperson has claimed in response to an inquiry that "While there were never any restrictions on Ron Paul's page, we restricted one admin's ability to post by mistake. We have corrected the error."

“With no explanation other than ‘repeatedly going against our community standards,’ @Facebook has blocked me from managing my page,” former Congressman (R-TX) Ron Paul tweeted Jan. 11. “Never have we received notice of violating community standards in the past and nowhere is the offending post identified.”

Paul later commented that “The only thing we posted to Facebook today was my weekly ‘Texas Straight Talk’ column, which I have published every week since 1976.”

His son Sen. Rand Paul (R-KY) retweeted the statement, commenting: “Facebook now considers advocating for liberty to be sedition. Where will it end?”

At the time of the writing of this article, Ron Paul’s Facebook page appears to still be online, but the elder Paul has not posted in the past 5 hours. Facebook itself has not responded as to why Ron Paul was allegedly censored.

The alleged censorship of Ron Paul has come after a widespread silencing of conservative leaders in the wake of the Capitol Hill riots on Jan. 6.

All bets were off once President Donald Trump faced unprecedented censorship the previous week.

Facebook founder and CEO Mark Zuckerberg declared in a Facebook post that the block on Trump’s accounts on Facebook and Instagram would be extended indefinitely. “We believe the risks of allowing the President to continue to use our service during this period are simply too great,” Zuckerberg said. “[W]e are extending the block we have placed on his Facebook and Instagram accounts indefinitely and for at least the next two weeks until the peaceful transition of power is complete.” Other tech platforms including Twitter, Snapchat, Reddit, TikTok and even Shopify have followed suit in blaming the sitting president for the actions of the rioters who stormed the U.S. Capitol building on Jan. 6, even as he made a call for “peace.”