Facebook has shut down an activist group with pro-Trump ties concerned about voter fraud while still allowing reportedly violent Antifa groups to remain.

Facebook “took down a fast-growing group called ‘Stop the Steal’ that was organizing protests of vote counts around the country,” The Wall Street Journal reported Nov. 5. “Stop the Steal,” a group which had grown “to more than 361,000 members within 24 hours,” was reportedly focused on “protesting the administration of the election, which the organizers allege has been marred by widespread ballot fraud.” The Journal described one “Stop the Steal” event that did not appear to be politically violent in any way:

“One demonstration, called ‘Stop The Steal, Harrisburg, PA’ occurred shortly before the group was removed. According to pictures and live videos posted on Twitter and Facebook, the protest consisted of a small crowd—including some children—gathered in front of the Pennsylvania State Capitol making speeches and holding ‘Stop the Steal’ signs.” 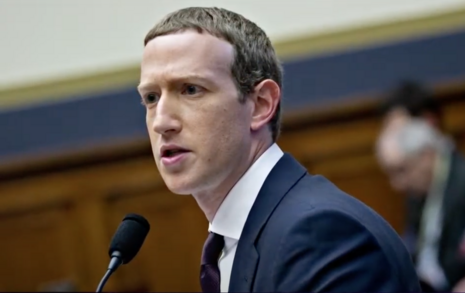 A Facebook spokesman reportedly told The Journal that removing “Stop the Steal” was “in line with the exceptional measures that we are taking during this period of heightened tension.” The spokesman attempted to justify the ban further by claiming:

“The group was organized around the delegitimization of the election process, and we saw worrying calls for violence from some members of the group.”

“Stop the Steal” group organizers scoffed at these claims by Facebook.

“Stop the Steal” organizer Dustin Stockton said that while the group was populated with “common political hyperbole,” he allegedly witnessed no calls to violent action. Stockton did suggest, however, that Facebook’s actions threaten to “marginalize and radicalize already strained people in a way that causes real damage.”

“It is absolutely beyond the pale that Facebook would selectively choose to shut down our group,” said Kylie Jane Kremer, head of Women for America First, a pro-Trump organization who created and operated the Facebook group. Kremer later added that Facebook is “selectively enforcing their new rules to silence conservatives.”

Facebook executives have claimed in recent months that they are restricting content to prevent “civil unrest.” But Facebook has repeatedly censored or banned groups on the right, while allowing reportedly violent Antifa factions and left-wing militia organizations.

But the record shows that isn’t true. Even after being contacted about what major media described as violent groups such as Rose City Antifa and foreign political interference like far-left Canadian organization Adbusters, Facebook has proven it has not followed through on its commitment to reduce political unrest amidst the 2020 election.