Google CEO Sees the Light on Privacy? Critics Call him a False Prophet

Google CEO Sundar Pichai wrote an opinion piece for The New York Times on how Google has actually been aiming to protect user privacy. “[P]rivacy is for everyone — not just for the few,” he declared. His critics are not convinced.

On the same day, another Times opinion piece titled “Google Says It Has Found Religion on Privacy” addressed his claims as well as his critics’ concerns. It described the CEO’s speech at an annual developers conference as “cognizant of today’s consumer privacy concerns” yet “out of step with the company’s history of intensive online data collection.”

The article quoted Forrester’s vice president and principal analyst Fatemeh Khatibloo, who theorizeded Pichai’s turnaround on privacy concerns is out of self-preservation. “I suspect they saw the writing on the wall,” she wrote. She then asked rhetorically why the firm wouldn't pursue such policies to offer the mere “impression” of “more privacy.” 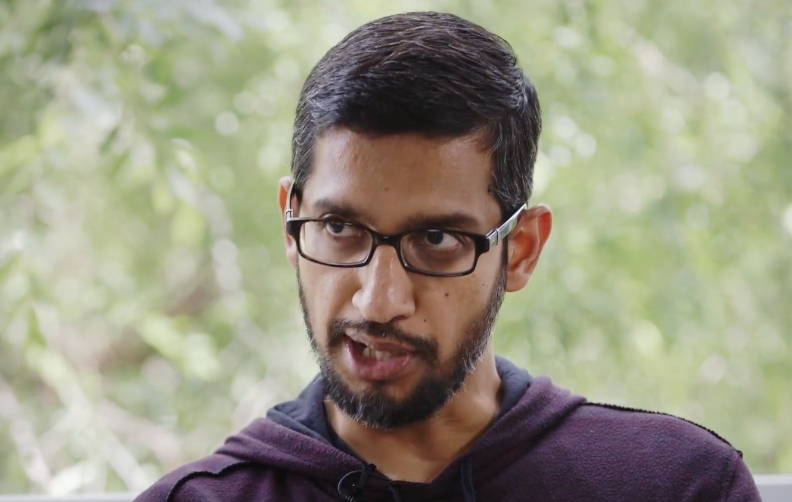 While the article acknowledged that Google is limiting the use of tracking cookies on its Chrome browser, it also observed that Google does not need cookies as much as smaller platforms do.

“The internet giant uses cookies but is not dependent on them” The Times wrote “It already knows more valuable information such as what users search for, what videos they watch and what apps they’ve loaded on their phones.”

Google, like many Big Tech companies has been notoriously tight-lipped when it comes to transparency. Company execs have made some choices for the sake of their bottom line that have outraged users and workers on both sides of the political spectrum.

Rep. Jim Jordan (R-OH) grilled Pichai at a congressional hearing over an election scandal exposed by a leaked memo. Google’s head of multicultural marketing Eliana Murillo claimed to have cooperated with organizations to mobilize Latino votes “in key states” as well as paid for transportation to the polls. On the other hand, Google tolerated a Saudi app that allowed men to track their wives and prevent them from fleeing the country. That hardly meshed with the company’s image as a progressive place to work.

Senator Josh Hawley (R-MO) roasted Google’s senior privacy counsel Will DeVries over user privacy concerns in mid-March hearing. DeVries defended his company saying that without tracking technology, many of their services would not be able to function.

Hawley condemned this line of thinking when he responded by saying “I think when somebody turns off their user information, their location history, they expect their location tracking to be off, but it is not.” He then added: “In fact, they don’t have a way, apparently, to turn it off.” Hawley has also criticized Google for being more willing to work with the Chinese government than the U.S.