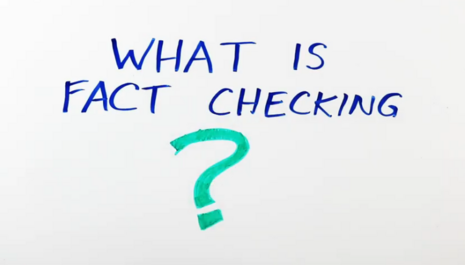 The Babylon Bee, a Christian news satire site, has been repeatedly fact-checked by Facebook fact-checkers who don’t seem to understand satire. When The Bee created “Not the Bee,” a news blog focusing on real headlines, fact-checkers – again – couldn’t resist.

Not the Bee introduced itself as a site that will "feature some absurd and hilarious (but real) news that seems like it should definitely be satire." A straightforward report from the site, covering Johns Hopkins University’s (JHU) deletion and retraction of a student article covering a professor’s analysis that challenged the lethality of COVID-19, was fact-checked. Facebook’s left-wing fact-checkers jumped at the opportunity to call the article untrue and pile on doubt concerning the piece once it was posted to the platform.

“Johns Hopkins censored themselves, then Facebook censored and penalized @Not_the_Bee for merely noticing it,” tweeted Seth Dillon, the CEO of The Babylon Bee. “This is egregious. We accurately recounted what happened. Insanely, we can't even talk about content Facebook doesn't like without them threatening to deplatform us.”

The study, published by JHU neuroscience student Yanni Gu in The Johns Hopkins News-Letter “posits that Covid is nowhere near the disaster we're being told it is,” according to Not the Bee. Gu’s article was eventually deleted and retracted from the University’s student newspaper on Nov 26. This is not surprising as JHU has been a propagator for the establishment’s narrative on COVID-19 since the beginning.

“Though making clear the need for further research, the article was being used to support false and dangerous inaccuracies about the impact of the pandemic,” tweeted JHU News-Letter’s official Twitter account. “We regret that this article may have contributed to the spread of misinformation about COVID-19.”

Gu’s report relied on data collected and analyzed by the University’s Assistant Program Director of the Applied Economics master’s degree program Genevieve Briand. Lead Stories fact-checker Eric Ferkenhoff asserted that Briand’s analysis presented “a mis-statement of death certificate data, according to the Centers for Disease Control and Prevention and other medical experts.” “[T]he claim that no excess deaths have occurred in 2020 is false,” said a separate fact-check from Health Feedback, edited by Flora Teoh.

Facebook’s fact-checkers are all part of the liberal Poynter Institute's International Fact Checking Network (IFCN), which received $1.3 million from liberal billionaires George Soros and Pierre Omidyar. Facebook’s program has 10 U.S.-based fact-checkers. With the exception of Check Your Fact, eight of these organizations defend the left. One other is a NeverTrump publication. Lead Stories, which performs 76 percent of the fact-checks on Facebook, is run by eight former CNN alumni, while USA Today has reportedly used college interns to help with its fact-checking.