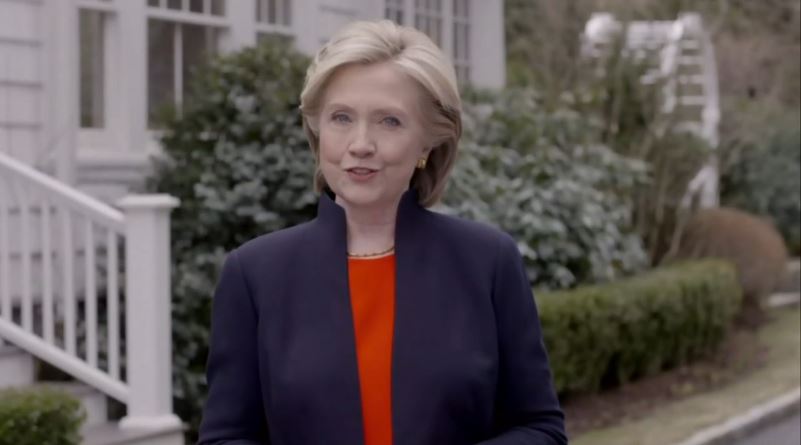 The 2015 edition of the Time’s 100 most influential people was released Thursday and, not surprisingly, featured an entry on Democratic presidential candidate Hillary Clinton. Also to no one’s surprise, the entry was glowing in admiration for her as author, Laurene Powell Jobs, wrote that Clinton “is one of America’s greatest modern creations.”

The widow of Apple founder Steve Jobs began her 211-word love letter by stating that the former First Lady, Senator and Secretary of State is somehow “familiar” and “revolutionary” but, at the same time, “not radical” in any way. She then continued by gushing:

She is one of America’s greatest modern creations. Her decades in our public life must not blind us to the fact that she represents new realities and possibilities. Indeed, those same decades have conferred upon her what newness usually lacks: judgment, and even wisdom.

Next, the founder and chair of the far-left Emerson Collective described the impact Clinton has had on women:

Women who advocate for other women are often pigeonholed and pushed to the margins. That hasn’t happened to Hillary, because when she’s standing up for the rights of women and girls, she is speaking not only of gender but also of justice and liberty.

As Hillary has always made clear, these values are universal, and fulfilling them is a practical and moral pursuit. She is a realist with a conscience and an idealist who is comfortable with the exercise of power.

With the gooey post almost over, Jobs portrayed Clinton as above the partisan fray and significant because of “what kind of woman she is”:

This helps explain why she has been so effective, even in this golden age of polarization. Hillary knows how to draw opponents out of their fighting corners and forge solutions on common ground. She practices the politics of reconciliation and reason. Which, not coincidentally, is also the politics of progress.

It matters, of course, that Hillary is a woman. But what matters more is what kind of woman she is.

Quick to label him as “buttoned-up” and “conservative,” Miller wrote the Bush’s “last name is, well, complicated” and that “his path” to the GOP nomination “is hardly unobstructed” with the number of expected candidates poised to seek the GOP’s nomination for president in 2016.

In closing out the entry, Miller predicted that: “His fundraising network and his name will take him far; whether it can take him the distance is far from clear. For now, however, he is the Republican to watch.”

The gooey language regarding Democrats in the annual issue of Time is nothing new. In one of many examples, Stanford history professor David Kennedy declared in the 2011 edition that President Barack Obama possessed “far-visioned initiatives” while conservatives merely were espousing “youthful illusions.”