The major English and Spanish broadcast networks ducked a new development in the Clinton Foundation scandal on Thursday night as a report surfaced that then-Secretary of State Hillary Clinton supported a U.S. trade deal with Colombia following donations to her family’s foundation from a Colombian oil company and its founder despite concerns of human rights violations and labor strikes.

As explained in an International Business Times (IBT) article, the Clinton Foundation had received millions of dollars in the years leading up to the deal from board member Frank Giustra, who also was the founder of Colombian oil giant Pacific Rubiales. In one donation, Pacific Rubiales gave $4.4 million for the formation of a joint venture between the two called the Clinton Giustra Enterprise Partnership (CGEP).

Upon taking all parts into account, reporter Matthew Cunningham-Cook stated that “this much is clear”:

After millions of dollars were pledged by the oil company to the Clinton Foundation – supplemented by millions more from Giustra himself – Secretary Clinton abruptly changed her position on the controversial U.S.-Colombia trade pact. Having opposed the deal as a bad one for labor rights back when she was a presidential candidate in 2008, she now promoted it, calling it “strongly in the interests of both Colombia and the United States.” The change of heart by Clinton and other Democratic leaders enabled congressional passage of a Colombia trade deal that experts say delivered big benefits to foreign investors like Giustra.

When Clinton first campaigned for president in 2008, Cunningham-Cook noted that both Clinton and then-Senator Barack Obama were opposed to the deal with the former declaring her opposition to the agreement “while violence against trade unionists continues in that country.”

However, when given the opportunity to alter or stop the deal as America’s lead diplomat, Cunningham-Cook found that:

[A]s the Giustra-Clinton foundation relationship deepened, Hillary Clinton and the State Department never criticized or took action against the Colombian government for alleged violations of labor rights at Pacific Rubiales. Instead, Clinton’s State Department issued certifications in 2009, 2010, 2011 and 2012 declaring that Colombia has been complying with human rights standards that are required under federal law for continued U.S. military aid to the country.

Even though the networks failed to cover this story, it did receive mention on the Fox News Channel’s Special Report with Bret Baier during a segment by chief White House correspondent Ed Henry in Iowa .

Henry reported that Clinton’s poll numbers in Iowa have been tumbling and serve as a sign that “her e-mail scandal is taking its toll, as are new questions about the Clinton Foundation taking big money from countries like Morocco.”

In addition to those concerns for the Clinton camp, Henry brought up the claim made in the IBT article: “And allegations being pushed by liberals that Clinton flip-flopped and supported a trade deal with Colombia despite concerns on the left about human rights violations after the foundation received millions from a Colombian oil company.”

The relevant portions of the transcript from FNC’s Special Report with Bret Baier on April 9 can be found below. 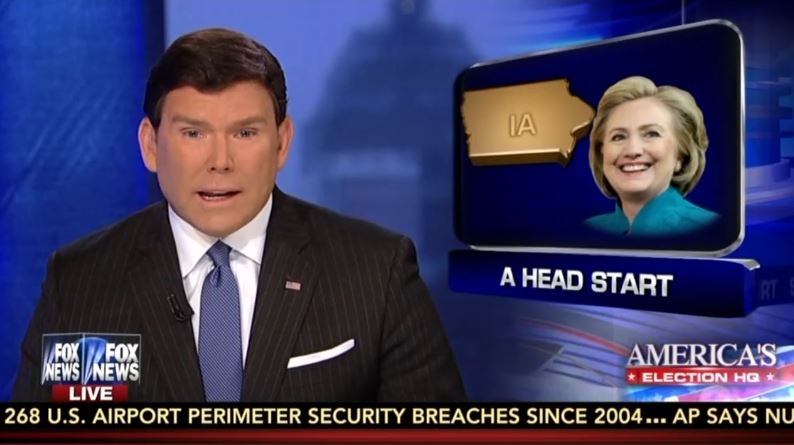 BRET BAIER: Ready, set and almost a go for Hillary Clinton. As the Clinton camp gears up for a presidential announcement in the next week, polls already show her losing support in key battleground ground states. Chief White House correspondent Ed Henry is in Iowa tonight where Clinton is trying not to repeat mistakes of the past.

ED HENRY: Ask advisors to Hillary Clinton what she has to do to win the Iowa caucuses this time and they have a very blunt answer.

IOWA DEMOCRATIC STRATEGIST JEFF LINK: It’s really going to be more about connecting one-on-one with voters. It is going to be about explaining where she wants to take the country, less about having giant rallies and making a human production of things.

HILLARY CLINTON [campaigning for U.S. Senate]: I want to be your senator from New York.

HENRY: A playbook Clinton used in 2000 when she took nothing for granted in her first Senate race and focused on a listening tour, yet that was 15 years ago and the polls here in Iowa now are worrisome, with Quinnipiac University finding in this state, she trails Republican Rand Paul slightly and by a margin of 49-43, Iowa voters say Clinton is not honest and trustworthy, suggesting her e-mail scandal is taking its toll, as are new questions about the Clinton Foundation taking big money from countries like Morocco. 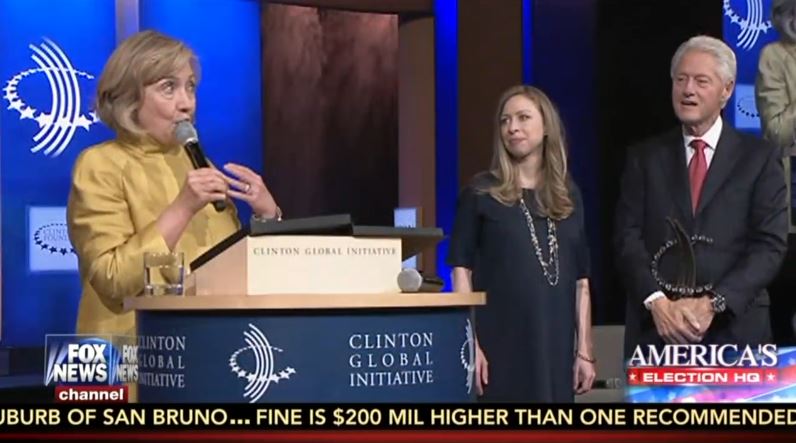 CLINTON [in 2008]: I have been a consistent and strong opponent.

HENRY: And allegations being pushed by liberals that Clinton flip-flopped and supported a trade deal with Colombia despite concerns on the left about human rights violations after the foundation received millions from a Colombian oil company. All reasons why legendary southern Democrat Dave “Mud Cat” Saunders, a long-time adviser to Webb, says voters here don't care about Clinton's money and image consultants trying to rebrand her.