The evening following President Barack Obama’s announcement of his executive action on illegal immigration, major broadcast networks CBS and NBC sought to carry water for the President on Friday night as he made a trip to a Las Vegas high school to promote his move that would allow millions of illegal immigrants to stay in the United States.

Between two reports total from the CBS Evening News and NBC Nightly News, the President’s speech was hailed as having “campaign-style fervor” that featured “[a] combative President Obama, chastising congressional Republicans for inaction” on immigration.

CBS News chief White House correspondent Major Garrett described the multi-year debate over the issue as having featured the Republicans as the guilty party for not moving the ball forward: “The President returned to the spot where, nearly two years ago, he urged Congress to pass immigration reform. The Senate did. The House, led by Speaker John Boehner, refused.”

Garrett also pointed to the supposed-inability for the new GOP-led Congress to do anything to stop the President come this January because “[t]he agency in charge is self-funded, and part of the Department of Homeland Security” and thus “would remain open if a conflict over all this provoked a government shutdown.”

Over on NBC, it can be said that they did even more to prop up the President. NBC News White House correspondent Kristen Welker’s report featured four individuals standing to benefit from the President’s plan to three individuals opposed to it and one of the those benefitting was featured by the President in his speech from the night before.

Outside the high school, Welker described those opposed to the President’s executive action as “fierce opposition.” Despite that and remarks from House Speaker John Boehner that Obama is “damaging the presidency itself,” she declared that “the President held firm and shot back” in telling Congress to “pass a bill.”

The complete transcript of the tease and segment from the CBS Evening News on November 21 can be found below. 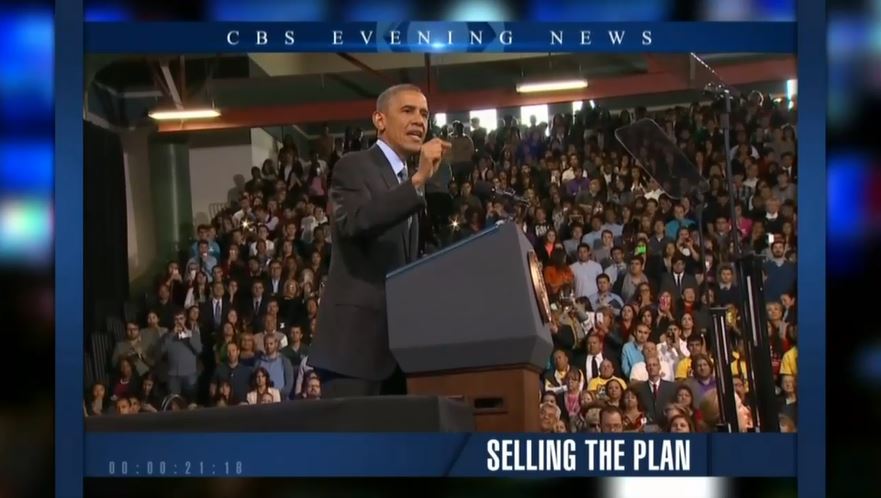 JIM AXELROD: Major Garrett is with President Obama as he takes his immigration reform plan on the road. The House Speaker warns:

HOUSE SPEAKER JOHN BOEHNER: We will not stand idle as the President undermines the rule of law in our country.

AXELROD:  One day after announcing his decision to defy congressional Republicans and impose his own immigration reform plan, President Obama took his campaign for public support on the road. Major Garrett is traveling with the President.

ANTI-ILLEGAL IMMIGRATION PROTESTER [SPEAKING INTO BULLHORN]: Join us and demand securing the border. 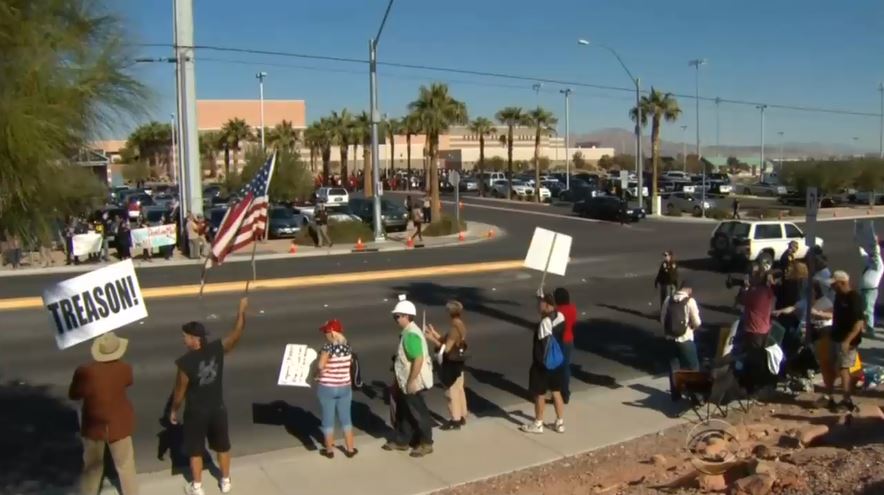 GARRETT: Outside Del Sol High School in Las Vegas, protesters accuse the President of breaking the law. Inside, campaign-style fervor.

GARRETT: The President returned to the spot where, nearly two years ago, he urged Congress to pass immigration reform. The Senate did. The House, led by Speaker John Boehner, refused.

OBAMA: And I cajoled and I called and I met. I told John Boehner, you know, I'll wash your car. [LAUGHTER] I'll walk your dog.

GARRETT: The President said he had no choice but to act. New rules will benefit about five million of the estimated 11 million undocumented adults and children in America. Those who qualify will receive three years of protection from deportation and, in some cases, work permits of equal duration. This for adults and children who have lived in America for at least five years and have no criminal record. To qualify for a work permit, an adult must have a child living legally in the United States, pay a registration fee, and all future taxes. There is no path to citizenship or access to ObamaCare or other federal benefits.

OBAMA: All we're saying is we're not going to deport you and you separate you from your kids. 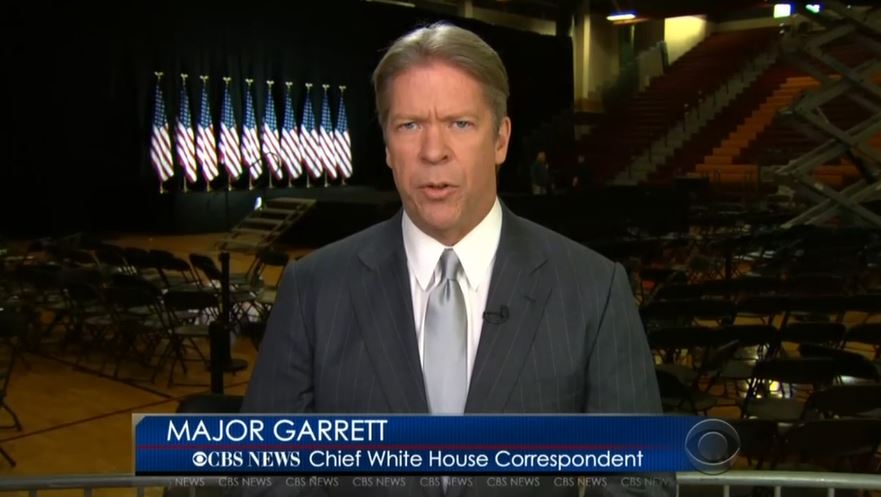 BOEHNER: President Obama has turned a deaf ear to the people that he was elected and we were elected to serve, but we will not do that. We will not stand idle as the President undermines the rule of law in our country and places lives at risk.

GARRETT: Republican options to stop the President are limited. The agency in charge is self-funded, and part of the Department of Homeland Security. That means, Jim, Congress doesn't send it any money and it would remain open if a conflict over all this provoked a government shutdown.

AXELROD: Major Garrett with the President in Las Vegas.

The relevant portions of the transcript from NBC Nightly News on November 21 can be found below. 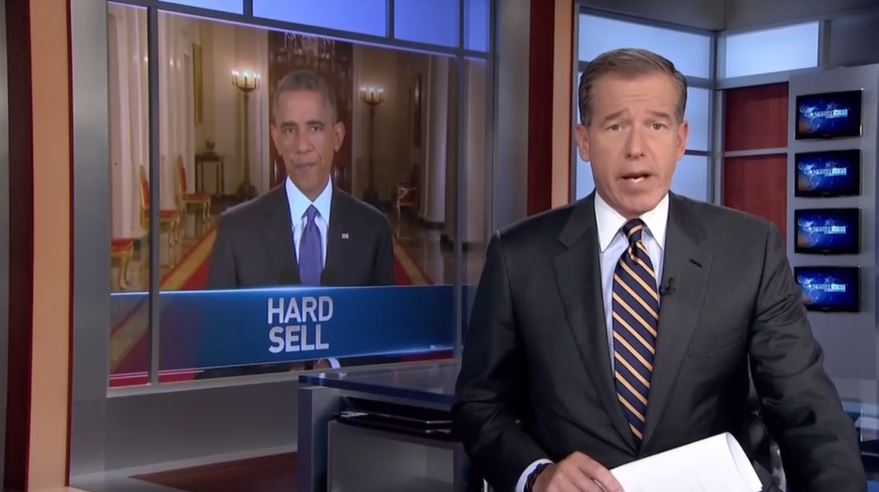 BRIAN WILLIAMS: Hard sell, the President defending his sweeping immigration overhaul as opponents say they won't stand for it.

BRIAN WILLIAMS: As promised as threatened, President Obama signed an executive action today on the road in Nevada. It has the power to change the lives of millions of undocumented immigrants, but the move bypasses Congress. As a result, Republicans are not happy about being left out of this process. We get our report tonight from our White House correspondent Kristen Welker. 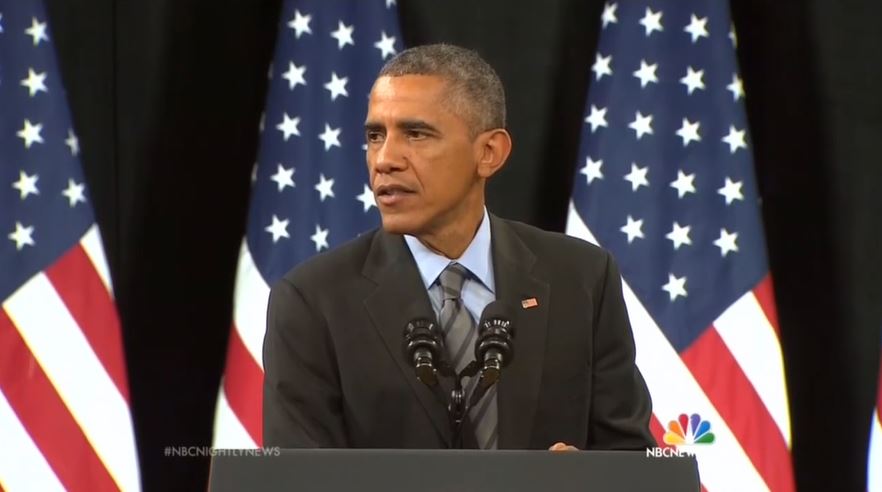 OBAMA: Even Republicans who say that they don't want to pass this bill that was passed by these legislators, they're not serious about trying to deport 10, 11 million people. They – they – that's all rhetoric.

UNIDENTIFIED HISPANIC WOMAN #1: I feel so excited and I feel like so many kids is waiting for this opportunity for my kids.

UNIDENTIFIED HISPANIC WOMAN #2: It means my family will stay together.

UNIDENTIFIED HISPANIC WOMAN #3: Now my parents are going to be able to help my brother go to college.

WELKER: Astrid Silva, a college student and immigration activist, has been fighting for this moment. Last night, President Obama held her up as an example.

OBAMA: Are we a nation that kicks out a striving, hopeful immigrant like Astrid?

WELKER: And today she joined him. 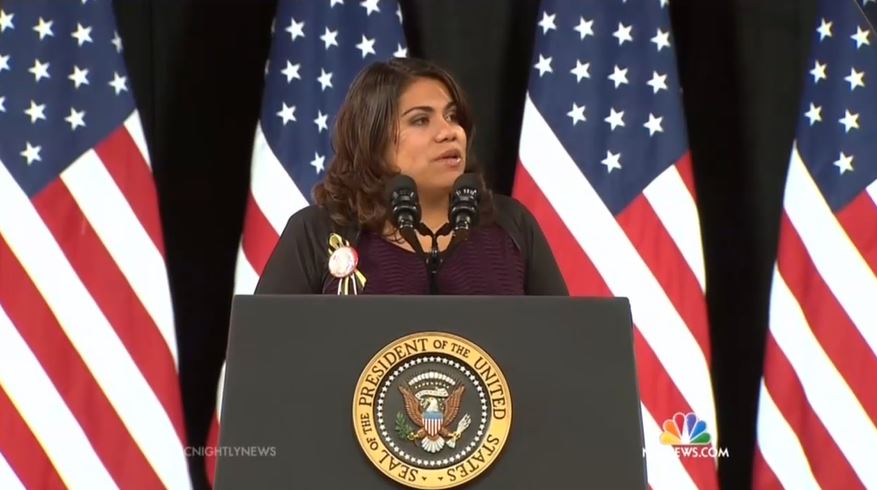 ASTRID SILVA: This announcement will change so many lives including my own.

WELKER: But not everyone inside was satisfied.

OBAMA [TO HECKLER]: Not everybody will qualify under this provision.

WELKER: And outside the high school, fierce opposition.

UNIDENTIFIED ANTI-ILLEGAL IMMIGRATION PROTESTER #1: He wants to give our taxpayer dollars and rights to illegals? Why don't we focus on our own people?

UNIDENTIFIED ANTI-ILLEGAL IMMIGRATION PROTESTER #2: And he's pandering to the Hispanic community. Hispanics should be very offended.

WELKER: But the President held firm and shot back. 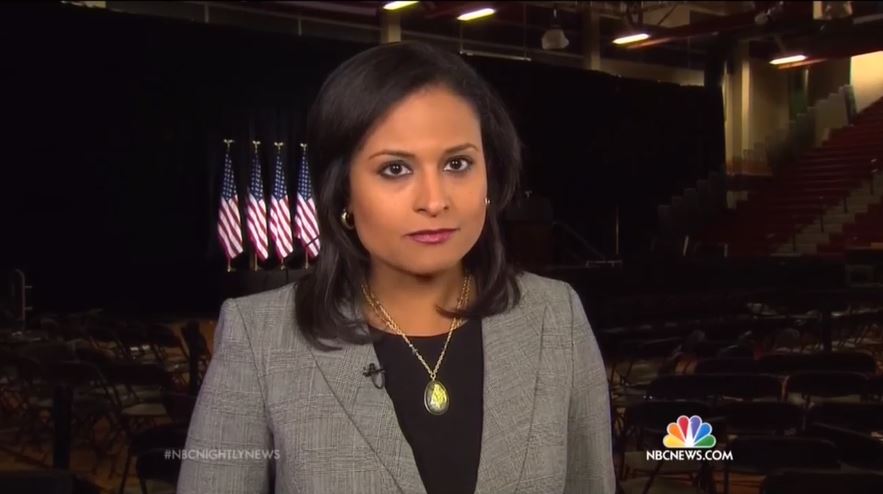 OBAMA: I don't have a vote in Congress. Pass a bill. You don't need me to call a vote to pass a bill.

WELKER: Now, Republicans who just won control of Congress are considering a range of options to reverse the President, but some Republican leaders warn that going against the President could alienate Hispanic voters, a crucial voting block who helped President Obama win the White House twice. Brian.

WILLIAMS: Kristen Welker traveling with the President tonight in Las Vegas. Kristen, thanks.