Catholicism is shaping up to be a large conservative force in the United States, and people are taking notice. In a recent New York Times opinion piece, First Things Editor Julia Yost says that Catholicism's rebellion against modern woke ideas of morality gives it a “transgressive” and “hip” perception. Both left-wingers and faithful Catholics are stirring conversations about the article on Twitter. 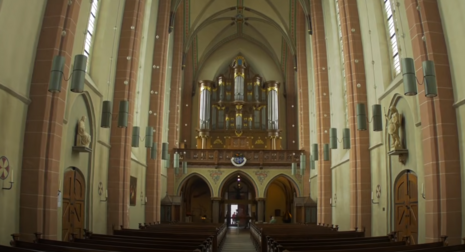 The article details the rise of Catholicism in the “Dimes Square” area of NYC, and its embrace of staunch Catholicism by some of its residents. Yost positions Catholics' role in society as in opposition to liberal morality:

“Catholicism again stands athwart political progress and norms governing sex and gender. It violates a liberal-progressive dispensation that many young Americans find both malign and banal,” and “For reasons substantive or stylistic, it is possible to prefer a system in which our moral obligations are not exhausted by the avoidance of wrongthink on race and patriarchy.”

Definitely not NYT material in this op-ed, and libs were mad. Take a look:

NYT published an op-ed about how it's "cool" to convert to Catholicism? tbh, anyone who goes, "Yes, I'd like to join the church best known for being a kid-toucher haven" isn't "cool."

As someone who was raised pretty Catholic, I'm baffled by the effort to rebrand Catholicism as transgressive and exciting. The authentic Catholic experience is getting dragged to mass and CCD by your parents and being bored out of your damn mind

And the traditional Catholic experience is having your kids kicked out of Catholic school because you finally divorced your abusive husband, then watching him get an annulment - making your five kids illegitimate in the eyes of the Church - so he could get remarried in the Church https://t.co/RR6COVp4bx

Do they realize that their personal experiences do not define the entirety of the good that Catholicism has done for the world? The cognitive bias is strong with these ones.

The article even got a shoutout from Michael Knowles of The Daily Wire, praising its writing:

"Perhaps the ultimate expression of this contrarian aesthetic is its embrace of Catholicism." https://t.co/2DfeiN11gG