Heinrichs published an article in Jezebel on May 27 that accuses Conservatives like Christopher Rufo and Ron DeSantis of ignoring the issue of the shooting by talking about core conservative issues such as Gender theory, CRT, and Disney. She says that their silence on Twitter and social media about these issues is emblematic of their avoidance of Uvalde. 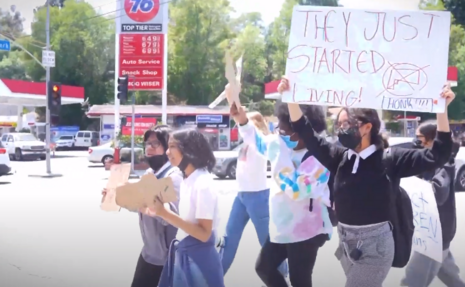 The funny part of this is that she debunks her own argument in her own article. She says “If it sounds silly to criticize conservatives over whether or not they’ve taken to Twitter to comment on a cataclysmic event, it’s because it is.” Spot on. It is ridiculous to suggest that these conservatives do not care about a national tragedy just because their twitter feed doesn’t reflect “the current thing.”

No one is saying that Uvalde isn’t a tragedy, and it’s insane to suggest that conservatives do not think the same just because you don’t like their Twitter. Maybe they find performative outrage distasteful. Maybe they’re reluctant to make pronouncements on a situation of which we still don’t know much. And what are the chances Heinrichs would greet whatever they had to say with anything but disdain?

After every mass shooting, progressives treat conservatives as if they are child-killing sadists. Uvalde is more of the same. The liberal establishment is running like clockwork to demonize conservatives.

The real reason that Heinrichs and the leftist mob are raving about conservatives supposed “silence” is that they will not blindly accept the anti-gun narrative. If you aren’t actively speaking up against guns, then you want to kill kids.

The left never seems to let a good horrific tragedy go to waste in pushing their political agenda. Every level of the liberal machine from its elites to its men-at-arms is making sure you are not only accepting the narrative they put out, but actively promoting it too. To be in solemn silence in the wake of Uvalde is tantamount to treason for the left.