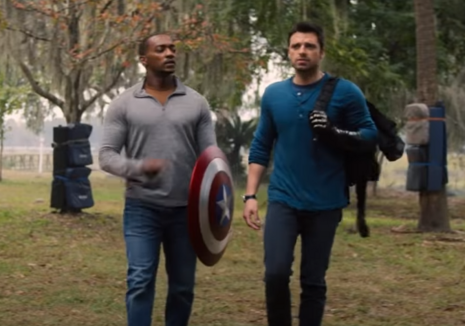 Viewers are tired of woke politics seeping into every facet of entertainment media. Patience is running thin and most are simply tuning out.

The latest Marvel release called The Falcon and the Winter Soldier warranted a record breaking audience for its highly anticipated premiere episode, according to Disney+. The streaming service did not provide any numerics to corroborate this claim however the new show was proclaimed to be the most watched title for its opening weekend overall, even beating out The Mandalorian.

The success of the initial episode did not endure, however, as viewership tanked suddenly at a very specific moment within the second episode. According to a new rumor put out by YouTuber “Overlord DVD,” not only did a massive number stop watching the episode at the same point across the board, there was a large scale movement of viewers who unsubscribed from the streaming service shortly thereafter. What caused this mass exodus? It was the off-putting inclusion of BLM propaganda in a scene involving the two main characters and the police, which Newsbusters' On TV Blog wrote about here.

Overlord DVD’s findings were provided to him by a source who monitored the tune out time stamps (TOTS) for the second episode. He provided an explanation on his YouTube channel:

“The TOTS is logged on Disney Plus whenever a viewer stops watching a particular movie or television episode. It’s useful to the bean counters at Disney Plus to note when they lose a particular viewer because this can give them valuable data about how the show is doing and what that viewer thinks about it. This source claims that around 5 p.m. on Saturday across the board, the TOTS for the second episode of The Falcon and The Winter Soldier went crazy with people turning the show off in droves all at around the same part of the show within seconds of each other.

My jaw hit the floor. I couldn’t believe what I was seeing. All the turnout was at the cop scene where it clearly shows they were ready to pull their guns on a black guy who was arguing with a white guy. It’s clear that this was the message. So, in other words, Disney felt like sticking a Black Lives Matter message smack dab in the middle of The Falcon and The Winter Soldier Episode 2, and what do you know, apparently fans who are sick to death of bad news and tragic headlines decided they had had enough and turned off the episode.

Over the course of Friday and Saturday, a full 79.9% of people that were tuning in, stopped watching at that point in the story. According to this source, over the next few days the TOTS average went up to 83.49% overall. That means 83.49% of viewers turned off the episode at almost exactly the same woke point. This source claims there were also a lot of subsequent cancellations happening in real time.” 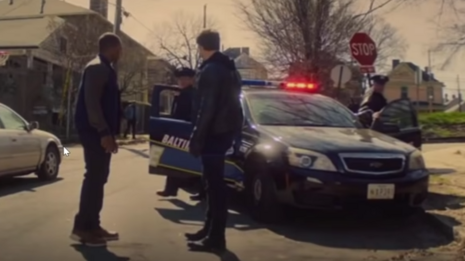 Of course, Overlord DVD’s personal take on the matter is subjective, though, if this discovery is in fact true, it is a moment of revelation for The House of Mouse. Americans are tired of the “wokeism” of mainstream media and the entertainment establishment.

Disney, to its own detriment, has had no qualms being a propaganda machine for the left. Disney received backlash after their firing of conservative actress Gina Carano and lost many subscribers in the aftermath. “Go Woke Go Broke” is a hard lesson Disney refuses to heed.