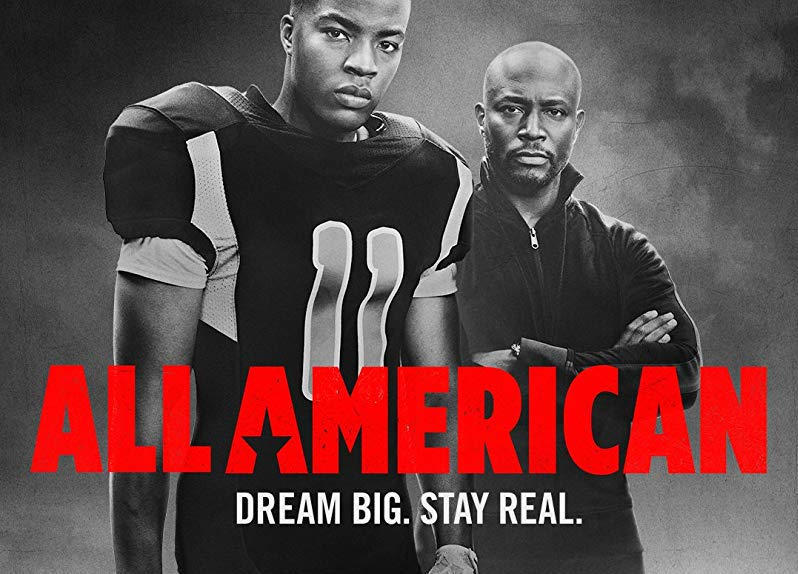 It did not take All American on the CW long to become politically-charged and go after cops. In the third episode of season one, titled “i”, two black teenagers are mistreated by police--and the main character claims the police are racist and "see my blackness as a weapon."

For those who are unfamiliar with the show, which is based on the life of former NFL linebacker Spencer Paysinger, Spencer James (Daniel Ezra) has transferred from Crenshaw High School in Compton to a nicer school in Beverly Hills to play football. To do this, Spencer moved in with the Beverly High football coach, Billy Baker (Taye Diggs), whose son, Jordan, is the quarterback.

On Wednesday's episode, when Spencer and Jordan leave a Crenshaw football game in Jordan’s red convertible, they are pulled over by the police, although it is unclear why. Spencer asks the police why they pulled him over and is subsequently thrown face down onto the pavement and put in handcuffs. Ultimately, however, they are not arrested.

After the two arrive back home, Spencer is quick to confront Coach Baker, angry that he never gave his son “the talk” about police officers.

-- Spencer: Yo, can I ask you something?

-- Spencer: Why you ain't never talked to Jordan about dealing with the police? By the time I was eight, my moms made it clear. Cops like that, they see my blackness as a weapon, you know, so you talk slow, you do as they ask, you keep your hands visible, and you never run. How come you ain't tell him that?

Again, the show is trying to say that police officers are racist and go out of their way to target African Americans. Furthermore, that they see a person's black skin as the equivalent of being armed and dangerous.

Like any other job, there are some bad officers on the police force who abuse their power. However, the overwhelming majority of them are good people who want to help keep their communities safe. It’s a tough job that is oftentimes demonized in media--even though the men and women who do it put their lives on the line on a daily basis to protect and serve their communities.

On the same episode, All American also took a jab at actress turned Fox News contributor Stacey Dash for presumably being both African American and a supporter of President Donald Trump.

When Spencer and Jordan have a number of friends over, they are playing a game with questions written on the cards. One of the questions reads, "If black folks left America like Britain left the EU, who do we take?" To this, one replies that they would keep Jordan and Eminem and that the white people can take Stacey Dash and Spencer.

So, apparently because Dash supports the president, that means she’s “not black enough.” This is the same argument many leftists have tried making about Kanye West in his support for president Trump as well. To say someone should think a certain way solely based on the color of their skin is insulting. Everyone is an individual who should think for themselves and is entitled to their own beliefs.

It may be early in the show’s run, but All American has already made its political agenda clear--and it certainly skews wide left.