Our world is in an all out war on kids. 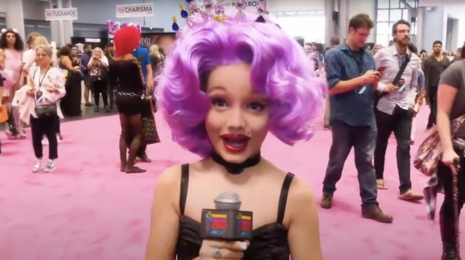 A newsletter from TD Bank detailed the funding given to the children’s hospital. The donation ”will allow up to 30 extra kids under 18 to undergo ‘gender affirmation’ services per year. The program overall deals with 60 to 70 youths per year,” LifeSite indicated.

Supposedly transgender services are considered a “lifeline.” One pediatrician at the hospital said that such surgeries can help kids become their “healthiest selves.”

I’m unsure how cutting off private parts or taking life altering hormones is considered a way to be your “healthiest” self. In fact, that seems like quite the opposite.

LifeSite indicated that there’s no specifics on what surgeries the hospital plans to conduct on children regarding gender transformation but, as the report said “procedures often involve the administration of hormones like testosterone, and even the surgical removal of minor girls’ breasts.”

That doesn't sound very healthy to me.

As a matter of fact, even the most mild these procedures, puberty blockers, have proved extremely harmful for children’s growth and development.

The New York Times actually pointed out that puberty blockers can halt the development of the reproductive system, the brain and a child’s bones. It also pointed out that when children go off the blockers, they’re unable to rebound. AKA, they’re irreversible.

Though this hospital is in Canada, here in the United States, there's not only the acceptance of “gender-affirming” surgeries on minors but the encouragement of it as well. As a matter of fact, from 2020 to 2021, the number of transgender youth was up 70 percent.

Numerous Children’s Hospitals have been exposed for administering “gender-affirming care” to patients. One hospital employee admitted to performing hysterectomies on young kids. Assistant Health Secretary, Rachel Levine was openly in support of transgender treatment.  And none other than President Joe Biden claimed that he doesn’t want to limit “gender-affirming” care on children. He called it “wrong” to disagree with gender mutilation on minors.

The overall posture on transgender youth has gone from rare and radical to normal and celebrated. It’s disheartening to see so much money in Canada, and in the states as well, go to something so evil but, that’s what we’re dealing with in this ongoing war against our kids.