No, you didn’t read that wrong. 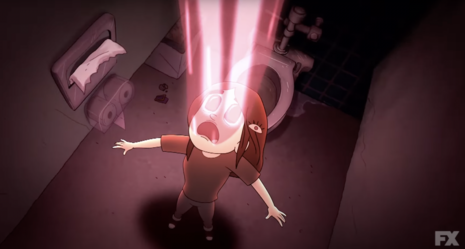 On this week’s episode of “What The (Literal) Hell Is Happening To Our Society,” the Walt Disney Company just released its newest attempt to ruin lives: a satanic cartoon called Little Demon.

“Little Demon” is about a 13-year-old child whose mom was knocked up by Satan. IMDb writes, “After being impregnated by the Devil, a reluctant mother and her Antichrist daughter attempt to live an ordinary life in Delaware.”

Right off the bat, the child is referred to as the Antichrist. How endearing.

Deadline indicated that the first episode shows full nudity “with no pixelation” where one character performs some sort of ritual.

To make matters even more confusing, the demon child and her mother are reportedly Jewish.

The show's trailer alone indicated more progressive/indoctrinating ideology. Six seconds in, a sign displayed at the 13-year-old’s school is shown to read: “We’re not racist anymore!”

The child also proclaims, “I’m supposed to accept that you had sex with Satan?” And in Satan's entrance monologue, he boasts, “The future is female!”

This vile show is all courtesy of The Walt Disney Company, which merged with 20th Century Fox back in 2019 and took control of the FX network. FX released the cartoon on Aug, 25 on Hulu, and the show is allegedly set to air on Disney+ this month in Australia and New Zealand. Based on Disney's previous track record, I wouldn’t be surprised if it reached their streaming service in the United States in the near future.

Though the show is reportedly geared towards adults, there’s no doubt that younger viewers will be interested. It’s in the form of a cartoon after all, and when it goes on Disney+, it will fall right in the laps of young, impressionable kids. That’s exactly the point. That’s what Disney and the woke mob want to happen.

Disney is no longer a family-friendly company. It has an agenda, and will do whatever it can to push it.