The media's power lies as much in what they don't cover as in the spin they give subjects they care about. 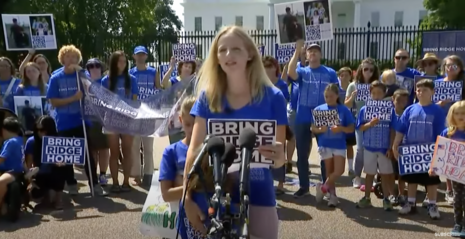 An example of this is the story of U.S. Navy Lieutenant Ridge Alkonis. He's been in a Japanese prison for more than a year, and has been sentenced to remain there for another three.

Lt. Alkonis was convicted of negligent and drowsy driving in a car accident that claimed the lives of two bystanders. However, numerous sources deemed the accident a result of a medical emergency. He was reportedly experiencing acute mountain sickness that caused him to lose consciousness at the wheel and lose control of the vehicle.

Sen. Mike Lee (R-Utah) spoke out about the situation late last month, asserting that Alkonis was being “targeted here because he’s an American.” Similarly, Rep. Mike Levin (R-CA) stated that “the Japanese government violated the status of forces agreement, which governs the treatment of our service members there.”

On August 18, a group gathered in Washington D.C. behind the White House to rally in support of Alkonis's return. Speakers included his friends and family, who all called for a correction to his imprisonment. Among them was Trevor Reed.

Reed was previously detained in Russia for 985 days before President Joe Biden exchanged prisoners at the end of July. “The United States government, the DOD and the White House have a responsibility to get him (Alkonis) out,” he urged. Reed argued that, as Japan is an allied country, there doesn’t need to be a prisoner exchange in order to get Alkonis back. Reed insisted that it be done “immediately,” according to NowThisNews’ livestream.

Alkonis’s wife Brittany traveled to D.C. to with the couple’s children. She said that her husband dedicated his life to his country as a member of the Navy but feels “abandoned” by America.

She vowed not to leave until she was invited to the White House to discuss a plan of action for her husband's return.

While Alkonis’ story remains in the shadows, legacy media has spent countless minutes garnering support for Brittany Griner, who is similarly being held in a Russian prison.

Griner was arrested by Russian authorities back in February over drug smuggling charges. She was sentenced to nine years in prison after being caught attempting to board a plane with cannabis vape cartridges in her carry-on-bag.

Griner pleaded guilty to possession of cannabis but numerous figures have deemed her imprisonment wrong.

Vice President Kamala Harris tweeted Aug. 4 that Griner “should be released immediately.” Unironically, Harris was admittedly against the legalization of marijuana when she served as San Francisco DA. Now however, Harris has dismissed Griner’s activity.

While the left is clamoring to get Griner out of Russian imprisonment. Alkonis's situation is in violation of the status of forces agreement with an ally. This isn’t a matter of one crime vs the other, it's a matter of advocating for the freedom of a progressive celebrity who admitted to breaking the law over a man who was serving his country when involved in a tragic accident.