What’s the smartest thing to do at a children's summer camp? Dorm kids of opposite genders TOGETHER! Genius! 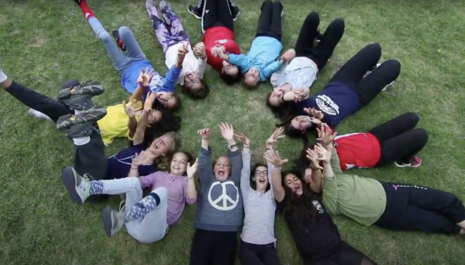 Ramah Camping Movement announced that at this year’s Jewish summer camp locations, staffers will place campers in housing based on “gender identity” instead of biological sex, according to The Post Millennial.

Camp Ramah's “Commitment to Diversity and Inclusion” on its website listed seven different values that the group aims to respect for campers. Number two on the list was the value of “sexual orientation and gender diversity.” It aims to “simultaneously create a safe and welcoming environment for LGBTQ+ identified kids, staff, and parents.”

The camp plans to avoid “heteronormative assumptions” in both discussions and the program itself to help make sure fully boobed Susan is referred to as Sam if he/she wants. Ramah also promised that, “In our bunking process, our goal is to support an individual’s well-being, which may include bunking campers and staff according to gender identity rather than birth sex.”

I can’t possibly see how this could go wrong.

According to the Ramah website, the goal of the camp is supposedly to equip a strong Jewish identity.

The mission of the Ramah Camping Movement is to create and sustain excellent summer camps and Israel programs that inspire commitment to Jewish life, and develop the next generation of Jewish leaders. At Ramah, thousands of children, teens, and young adults come together each summer in communities that nurture social, educational, physical, and spiritual growth, creating lifelong friendships, a love for Israel, and a strong Jewish identity.

Interestingly enough, the goal of this year’s camp seems to be to indoctrinate the youth into having a delusional sense of self identity.

In the "Commitment to Diversity and Inclusion" statement, Ramah also said: "We recognize that this may represent a 'learning zone' for some of our families and we are happy to provide additional information and resources." AKA, if you feel weird that your little girl will be sleeping with little boys at summer camp, we will give you pamphlets and information on why this is OK.

The camp aims to affirm and further brainwash the youth into leftist wokeism. In an attempt to appear “inclusive” this camp fails to realize that children are dumb. Their adolescent brains can’t even make spaghetti, nevermind pick a gender.

That’s gonna be a lot of tents to set up given, how the list of possible “identities” seems to grow each day.

Not only is this a recipe for disaster but it is also a recipe for sexual abuse. If actual girls — sorry, biological girls are bunking with boys who identify as girls, who's to say said “girls” won’t rape the actual girls in the room or vice versa!? And what about the fact that a 30 year-old male camp counselor could identify as a female and chaperone young girls all night long.

Overnight camps will be held in New York, California, Georgia, Massachusetts, Pennsylvania, Colorado, Connecticut, and Wisconsin. So, if you’re Jewish and or planning to send your kids to Camp Ramah … don’t.