When the left doesn’t get their way, they act like preschoolers and throw temper tantrums. That’s one skill they’ll always be better than the right at — fits! 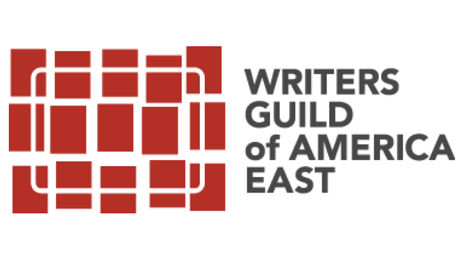 Following the leak of the potential overthrow of Roe v. Wade, leftie politicians, celebrities and any other pro-abortionists went into full meltdown mode. Now, the Writers Guild of America East is urging producers to avoid filming in states that ban abortions.

I guess people might want to kill their baby mid-way through filming a movie. Naturally.

On May 5, the WGA council said it “condemns the leaked draft” and “reaffirms our commitment to defending all of our members from inequality and discrimination,” according to Deadline. Apparently it’s now considered inequality to ban the right to kill.

Everyone should have an equal right to kill someone they don’t want. How could I forget!?

“It is our duty to protect workers’ access to quality medical care including reproductive healthcare, in and out of the workplace,” the group claimed. Again, why are people trying to get abortions in the middle of filming a movie?

WGA went on to explain that “fundamental rights” are at risk including reproductive, human, “marriage equality," and “legal birth control.” I’m unsure how leaving abortion laws up to individual states affects marriage equality but again, this is the left we’re talking about so I’m not surprised. And by the way, abortion is not a form of birth control but, abstinence is! Try that Hollywood!

The action plan for WGA was a “call on our employers to carefully consider the laws of each state, especially bans on abortion, when choosing where they conduct business.” Translation: don’t film a movie where states ban abortions. Looks like baby killing states should anticipate more films soon! Congrats!

WGA West (Wicked Witch of the West?) also released a statement and said, “Women’s rights are human rights, and any laws that ban or limit a woman’s right to choose are dangerous and set a precedent for further erosion of our collective civil rights.” WGA West also urged Hollywood to abandon filming in states that ban abortions.

A similar temper tantrum erupted just over a year ago when much of Hollywood boycotted filming in Georgia because of its Voter ID laws. As a reminder, in April 2021, Will Smith pulled a movie called Emancipation over “regressive voting laws” amassing $15 million in loss.

The Left doesn’t care about what happens when they have these obnoxious fits. Whether it’s businesses being burned down, massive amounts of financial loss, or even people dying, the left only cares about pushing woke, progressive ideology and the WGA is no exception to that standard.