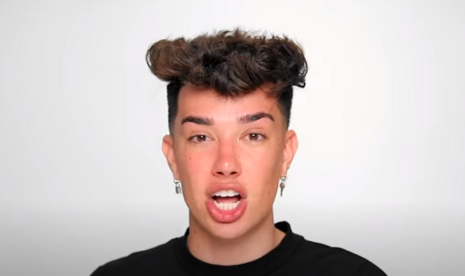 The first male CoverGirl and YouTube beauty blogger, James Charles, has admittedly been a pervert for years and he has gotten away with no reprimand.

As surprising as it seems, the super woke Daily Beast called out the lack of outrage for the multiple accusations against Charles of targeting underage boys. The author, Ernest Owens, a queer black man, points out that it seems as though “nobody cares” about the evident scandal. The recent news erupted in February and Charles still won the Kids’ Choice Award for “Favorite Male Social Star” in March … it all makes sense now … kids were certainly his choice.

Owens penned his response to the lack of dismissal Charles has received:

In the #MeToo era, after several men have been called out for sexual harassment and have faced severe consequences for their actions, why is it that Charles, who boasts an online audience in the tens of millions, has been pretty much untouched by these troublesome allegations?

Apparently, the attention from the 25 million YouTube subscribers and 36 million TikTok followers wasn’t enough so Charles started private messaging internet users. Accusations include DMing young boys, sending unsolicited naked pictures, and requesting and receiving child pornography. These are disgusting acts of perversion and nothing has been done about it.

Numerous TikTok minors have come forward about Charles sending them flirty messages over the internet to which he claims to have been uninformed about their honest age. His apology came out April 1 (ironically on the national day of jokes) where he titled the script “Holding Myself Accountable.” Charles however played the victim card and said he was "desperate" in an attempt to justify his harassment just like he did in a 2019 confessional titled “No More Lies.” Clearly there were more lies.

“I was being reckless,” Charles said in his most recent “apology.” Sexting minors is not reckless, it’s disgusting and illegal yet no legal action has been taken against him. His brand deals don’t even seem to care as they’ve not commented on the scandal. (Think about him next time you enjoy a burrito from one of his major partners Chipotle).

Why? Interestingly enough, the reason Owens points out for DailyBeast is “Because he’s a white gay man who’s being accused by male victims.” If he were attacking underage girls, would he be in jail? If he were attacking black people, would he be in jail? He is a sick man and needs to be held to the same standard that non-woke people are held to. Kudos for Owens for noticing.

Cancel culture needs to do what it does best and get rid of someone who actually needs not only cancelation but, if the allegations are correct, prison time as well.