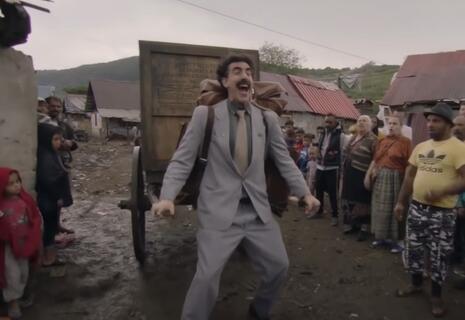 Recently, comedians and actors such as Sacha Baron Cohen, Mark Ruffalo, and Sarah Silverman have been tweeting comments that are distinctly against free speech and that advocate censorship. Their anger was directed at Facebook CEO Mark Zuckerberg, since he refused to ban Steve Bannon from Facebook, and at a Youtube video comparing Alexandria Ocasio-Cortez to well-known communists Vladimir Lenin and Mao Zedong.

Sacha Baron Cohen, a comedian who is famous for his portrayal of fictional Kazakhstani journalist Borat, was highly displeased to hear that Zuckerberg allowed former White House Chief Strategist Steve Bannon to remain on Twitter after he supposedly suggested beheading Dr. Anthony Fauci and FBI Director Christopher Wray. Cohen tweeted an article about the affair on November 17 while saying, “Reprehensible. Mark Zuckerberg confirms that Facebook won’t ban people who call for murder—so long as they don’t do it too often! Make no mistake—like Myanmar and Kenosha, more innocent people will be killed. And Facebook will be why.” 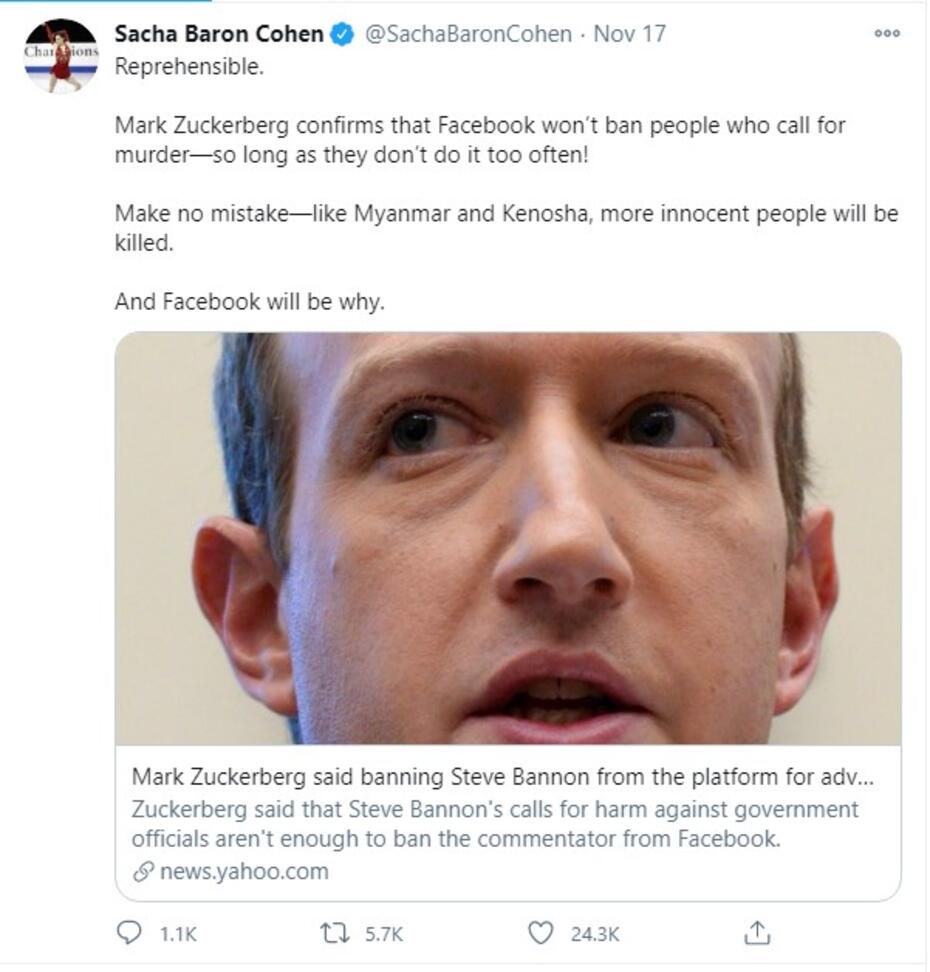 Why is this crude, British comedian still involved in American affairs? Someone please tell him to mind his own business and stick to British affairs.

First of all, Cohen’s a hypocrite. If he detests violence, why did he not find Kathy Griffin's tweet of her old stunt with President Trump’s severed head “reprehensible?” Clearly Cohen is interested in only some Americans having the freedom to express their opinions. Secondly, Bannon never did call for Fauci’s and Wray’s beheading. That claim is just leftist press misinformation, and Cohen fell for it. Finally, if more innocent people are killed, it won’t be Facebook’s fault. It will be the killer’s fault. That’s how morality works.

Not that it would matter to a raging leftist celebrity. Mark Ruffalo, who acted as the Hulk in several Marvel Cinematic Universe films, retweeted a tweet on November 18 from another leftist who was bemoaning the fact that someone was comparing Alexandria Ocasio-Cortez to communist leaders Lenin and Mao. Ruffalo said, “Take this BS down. YouTube is another hate and misinformation terrorist haven.” 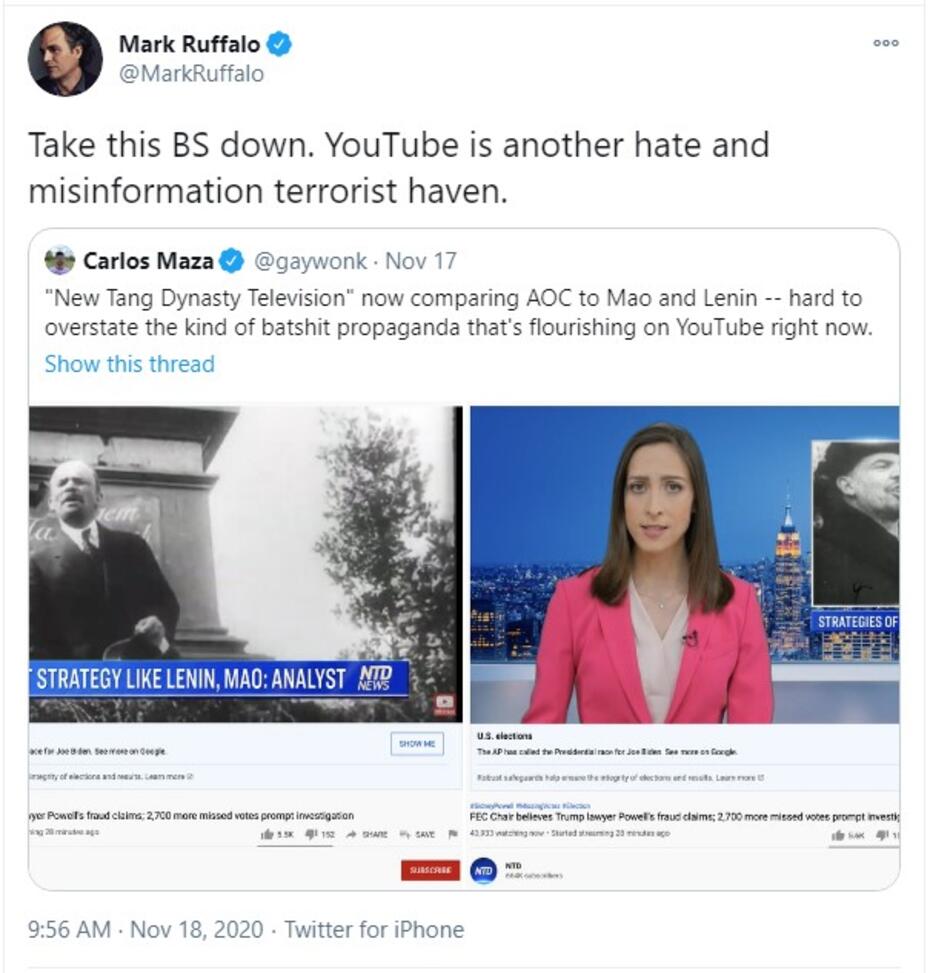 Once again, another celebrity is demanding that people be denied their right to free speech because they are offended by their content. It’s not like right-wingers ask Ruffalo to take down his own misinformation on Twitter, or the other nasty posts often found on the social media platform. Ruffalo has his First Amendment rights. Additionally, the claim against Ocasio-Cortez is actually more accurate than Ruffalo thinks. Ocasio-Cortez dared to ask on Twitter if anyone was keeping a list of “Trump sycophants for when they try to downplay or deny their complicity in the future,” a starkly undemocratic proposal to make for an American Representative.

Back to Zuckerberg, comedian Sarah Silverman was also angry with Facebook’s CEO, as evinced by a tweet posted on November 19: “Mark Zuckerberg makes money from spreading lies that divide our nation and get people killed. Other countries regulate Facebook to prevent this.” The tweet included a video against billionaires. 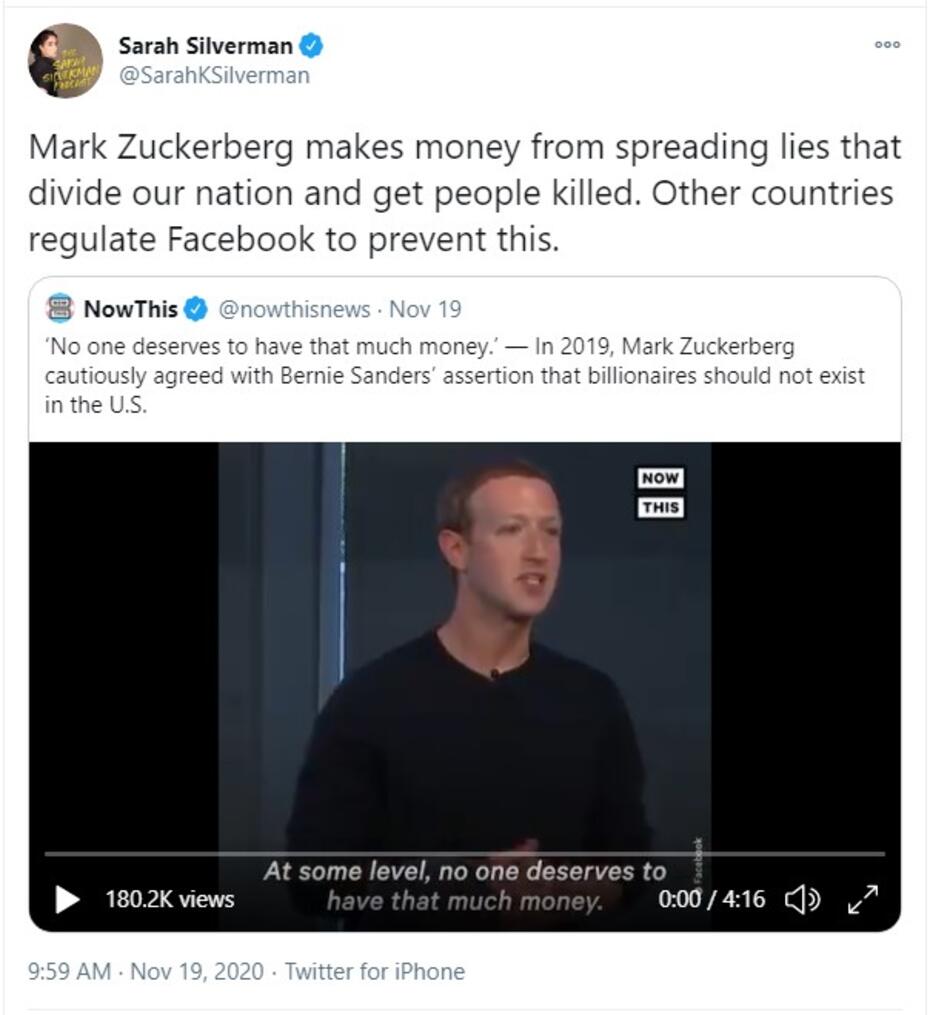 “Other countries regulate Facebook to prevent this?” How does Silverman not get it? Does she actually realize she’s encouraging government censorship over freedom of speech?

One can only hope that these celebrities are too dumb to understand their own statements. That would be a better alternative than having famous Americans (and an interfering Brit) actively support the removal of the people’s First Amendment rights.