The Society of Jesus is at it again. The priestly profession of saving souls, which the Jesuits used to be so good at, is persistently superseded by the desire to uphold social justice. 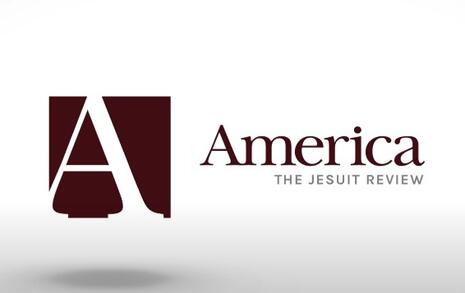 America released an article on November 16, claiming that Joe Biden will most probably increase funding for abortion. “U.S. bishops should strongly oppose these policies,” but at the same time, “They should be careful, however, not to alienate Mr. Biden to the point of jeopardizing cooperation on other issues of importance to the church.” The concern is that “the issue of abortion could inhibit collaboration in these other areas.”

The “other issues of importance to the church” that Biden and the Church could collaborate on were duly listed. “His presidency will bring new opportunities for the government and the church to work together on issues important to Catholic social teaching, including immigration reform, refugee protection, anti-poverty measures, racial justice, climate change, international development and global peace.”

Are the Jesuits interested in saving souls, which is their principal duty as priests and brothers, or running for political office? They seem to be heavily invested in government issues. Since when have these problems, like climate change for example, become equal in importance to ending infanticide? They need to get their priorities straight.

America not only wanted the bishops to tolerate Biden’s stances toward abortion, they also maintain the laughable lie that Biden is a good Catholic. America resented the idea of preventing Biden from receiving Holy Communion. Labeling such tactics as a “political weapon,” they then asked, “If Mr. Biden is denied Communion, should the same happen to the millions of Catholics who voted for him?”

Firstly, it should be noted that the Catholic Church opposes abortion (murder is said to be a sin that cries to God for vengeance). Catholic teaching is that one cannot receive Communion in a state of mortal sin. Biden, as an unrepentant murder advocate, is therefore in a state of mortal sin, and should not be receiving Communion. If a priest chooses to deny Biden Communion, then that’s not politics, that’s a priest doing what’s right. Secondly, yes, people who vote for pro-abortion politicians are enabling murder, so they should not receive Communion.

America then claimed that “Publicly questioning Mr. Biden’s moral standing in the church would be shortsighted and inconsistent with the example of Jesus in the Gospels, who preached and gave reconciliation.” America is tolerating zero questions against Biden’s faith because it’s so obviously false. Even a Hindu could tell that his “practicing Catholic” shtick is completely bogus. And don’t forget that Jesus wasn’t afraid to punish sinners either, as His temple rampage demonstrated.

The article ended with the proclamation that “Mr. Biden’s presidency represents a historic opportunity for the U.S. bishops—and the Catholic community as a whole—to work with a Catholic president to advance social justice in this country.” The U.S. bishops and the Catholic community are supposed to love God above all else and then love others. If Biden’s social justice comes at the cost of more infant lives, then it won’t matter how much racial justice is achieved or global peace is obtained.