Kevin Costner Admires Buttigieg, Thinks Biden Is ‘A President For Both Sides’

Another Hollywood actor joined the Joe Biden fan club (surprise, surprise), but he’s still pining after one of the former 2020 presidential candidates. 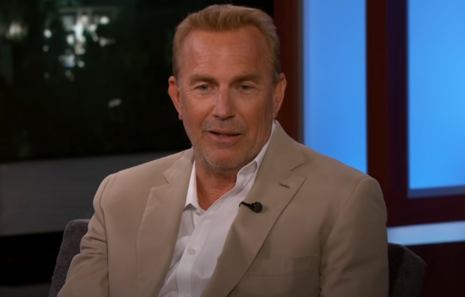 Kevin Costner recently told Variety that he was voting for the Democrat Party’s presidential candidate, even though Biden was not his first choice. Famous for his roles in The Untouchables, Dances with Wolves, and Robin Hood: Prince of Thieves, Costner initially endorsed Pete Buttigieg for president, an openly gay Democrat from Indiana.

“There was this kind of thought, [you can] like Pete, but it’s not his time. And I think, you know what, really? Really? Not his time? I think he’s even showing now that he’s a person of a level of energy and integrity and of vision and that’s why I did it. I don’t often step out.”

Buttigieg had the “integrity” to avoid stating his position on “infanticide after a baby was born.” His “vision” included packing the Supreme Court and getting rid of the Electoral College.

Costner said that “It’s pretty clear every four years we get a chance to kind of look at where we are as a country and decide if we’re going the right way and if we’re not, we have that opportunity to make a shift.” What a novel idea, Costner.

When asked if he’d “be doing anything [for] Biden,” he replied that “I’ll be voting for him, but I, um, I don’t feel that need.” He admitted that “I don’t do very often what I did, and so I stood up for Pete, I did.”

Costner then stated that “I think we really have to have a president for both sides. And for the people who don’t vote for Biden, if Biden wins it’s necessary that he address what they’re concerned about. I think he has that level of bandwidth to understand that the group that doesn’t vote for him needs attention. They have their own concerns and we have to think about that.”

If Biden does win, then it would be a real step towards national unity if he addresses the concerns of the group that didn't vote for him. But contrary to what Costner thinks, Biden’s leftist party and supporters haven't shown that they have that level of bandwidth to deal with those who hold different political opinions.

Here's a case in point: Amy Coney Barrett’s confirmation has increased the conservative majority on the Supreme Court. Now Biden won’t tell anyone if he’s planning to pack the court or not. If he does, the court would have a substantial number of left-wing justices in power, negating the conservative majority that was gained through Barrett’s confirmation. He’s not interested in giving attention to his opponents’ concerns. He’s bent on imposing his own agenda on America.

Even more damning is Biden’s plan to eliminate the contraception exemption that was granted to the Little Sisters of the Poor. Although he claims to be Catholic, Biden wants to force the Sisters to submit to every policy in the Affordable Care Act, whether it violates their religious beliefs or not. It’s easy to see, Biden does not have “that level of bandwidth to understand that the group that doesn’t vote for him needs attention.” He doesn’t want to address their concerns. He is clearly not the “president for both sides.”

Costner also addressed racism in America. “The idea of racism and of violence … we all have to be able to look at that go, ‘Enough. That’s enough.’” If only Black Lives Matter could heed his rhetoric. That way, they can stop staging violent protests and perpetuating overblown stories about how racism is widely prevalent today.

Variety also reported Costner’s high opinion of former first lady Michelle Obama: “Michelle’s incredibly bright and articulate and has possessed good judgement and experience as a result. Why couldn’t she be [president]?” It’s not that hard to appear talented when no one dares to question her intelligence.

Kevin Costner has had a successful career in Hollywood, but his choices of presidential candidates is based on uninformed (or downright flawed) reasoning. He has the wrong idea of what Biden is like. Biden won’t pay attention to the needs of right-wingers. If he wins the election, his presidency will be to his dissenters what Costner’s acting was in Robin Hood: Prince of Thieves: bad.