On many college campuses, free speech comes with the caveat: say what you want, as long as it doesn’t offend the liberal majority. And if it does, you can expect virulent protests in return, such as the riot that led to the injury of a professor at Middlebury College when social scientist Charles Murray was slated to speak. 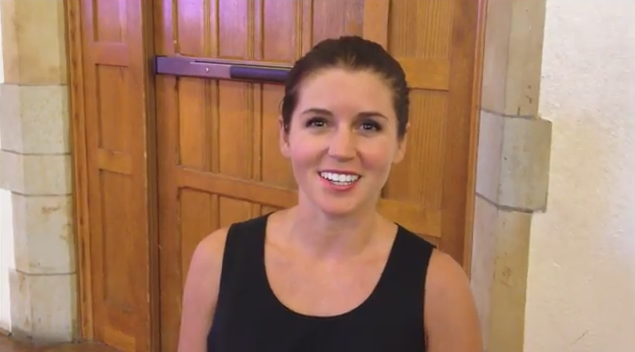 However, not every liberal agrees.  Thursday morning, Cosmo senior political writer and attorney Jill Filipovic took to Twitter to express her support for across-the-board free speech, even when it’s offensive. The progressive feminist is no friend of the right, proving just how egregious the issue truly is.

“Whenever I tweet in defense of the right to hateful speech,” she wrote, “I get a lot of flack.” Then linking to an article, she continued, “This is a good explainer.”

The piece, penned by ACLU senior staff attorney Lee Rowland, was refreshing in its logical consistency. Condemning the hypersensitivity of modern-day American campuses, Rowland noted that the art of dialogue with those who disagree should be a hallmark of higher learning.

“Controversial, critical, confrontational, and challenging speech is an essential part of any successful college education,” she began. “Without it, institutions of higher education cannot truly be said to be preparing students for the world outside of the ivory tower.”

Learning these skills of civil and logical debate, Rowland continued, should be “considered a core requirement at any school worth its salt.” 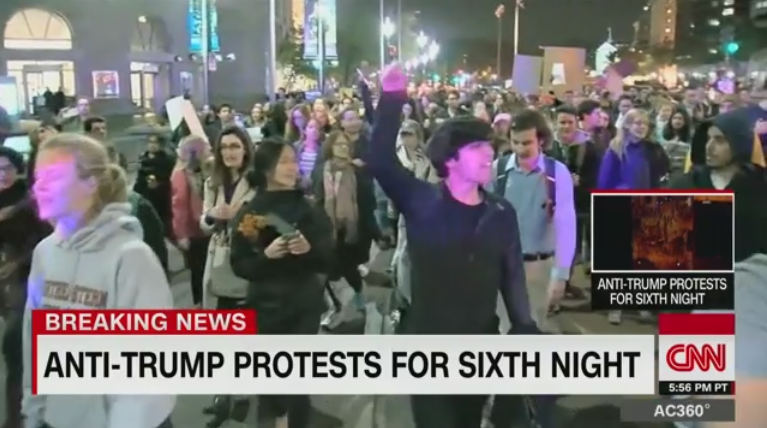 But that, the attorney noted, is far from reality in countless universities across America.

“Recent incidents suggest that colleges are fundamentally failing their students in imparting these skills,” she continued. “In just the past few weeks, from one campus to another and another and another, liberal students have silenced conservative speakers with violence, outrage, and threats.”

“This collection of heckler’s vetoes is the farthest thing from a victory for the progressive causes these students champion,” she stressed.

Although this is rightful cause for concern, there is some measure of hope to be had. On the one hand, sharp people like Rowland and Filipovic understand and are working to combat the deep inconsistency that blights their ideological community.

Also, a recent study reveals that the picture might not be as bleak as it seems. In a survey report released May 1, The Fund for American Studies (TFAS) found that 92 percent of Millennials expressed support for free speech.

“The media keeps showing us images of violent protests on college campuses, young Americans being angry and disruptive, but the truth is that millennials support religious and social freedoms more than non-millennials,” said TFAS president Roger Ream.

So are the professors and the institutions to blame? And what about the media?

In April, the New York Times published an op-ed by NYU professor Ulrich Baer, who bizarrely argued that the recent uptick in campus protesting was simply a way to level the playing field.

“The recent student demonstrations,” he wrote, “should be understood as an attempt to ensure the conditions of free speech for a greater group of people, rather than censorship.”

“As a scholar of literature, history and politics,” Baer continued, “I am especially attuned to the next generation’s demands to revise existing definitions of free speech to accommodate previously delegitimized experiences.”

Only problem is, the demands are one-sided.

In 2015, Erika Christakis, the wife of professor Nicholas Christakis, penned a thought piece to students criticizing Yale’s restrictive Halloween costume policy. She wondered if there was something “missing in our discourse about the exercise of free speech,” and further, what the costume kerfuffle communicated about the administration’s view of students’ “judgment.”

The letter sparked an uproar, virulent protesting and the eventually resignation of Christakis and her husband Nicholas.

Odd though, that no student mobs targeted Muslim Georgetown Professor Jonathan A.C. Brown after his comment: “I don’t think it’s morally evil to own somebody.”

This discrepancy is rightfully disturbing to Rowland, Filipovic and other liberals like them.

On the other side there’s the Orwellian Baer, who concluded that “we should thank the student protestors [sic], the activists in Black Lives Matter and other ‘overly sensitive’ souls for keeping watch over the soul of our republic.”

With professors like him, the state of the collegiate mind suddenly makes more sense.