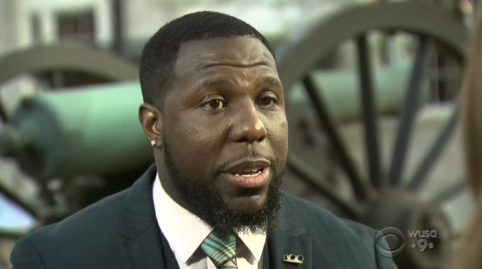 Charlottesville, Virginia, residents are battling over whether Confederate statues should be removed from city grounds. But one official advocating for their elimination has a rather sordid social media history that CBS tried to hide.

Wes Bellamy, Charlottesville’s vice mayor and an Albemarle public school teacher, is one of the leaders in the fight against the Confederate memorials. But as of December 2016, he resigned from teaching and stepped down from his seat on the Virginia Board of Education because of the criticism he’s facing for offensive tweets. Bellamy’s comments have ranged from writing, “I DON’T LIK WHIT PEOPLE,” to criticizing female teachers as “fkn a sure fire way to fk our lil boys up.”

Nevertheless, CBS reporter Jan Crawford interviewed him in her April 13 Evening News segment about the Robert E. Lee statue at the center of Charlottesville’ controversy.  Crawford downplayed the racist comments and made no mention of Bellamy’s period of leave. 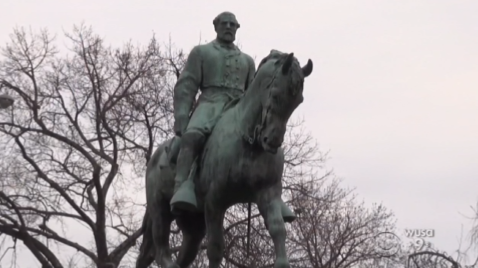 “It’s a symbol, in my personal opinion, of white supremacy,” Bellamy told Crawford. “And it’s a symbol we cannot have in the middle of our city.”

“We've seen there's still lots of issues in regards to race here in this community,” he continued, “and the only way for us to move forward is to deal with them head on.”

Despite Bellamy’s recent words, his past tweets suggest that he was part of that race problem. But CBS purposefully minimized his history, shifting the blame onto the vice mayor’s opponents.

“Supporters of the statue unearth crude tweets written by Bellamy as a younger man,” Crawford noted, “and he also was targeted with death threats, but Bellamy feels his fight is justified.”

Just what kinds of “crude” things did Bellamy say?

There were also sexist posts. “I’m all for equal opportunity..but a Female Principal with a school full of female teachers is fkn a sure fire way to fk our lil boys up smh,” he tweeted in October 2011.

More recently, the Vice Mayor has changed his tune. Last June, he tweeted: “I don't care if you're gay, straight, trams, black, white, blue, or purple … YOU DESERVE EQUAL RIGHTS AND YOU HAVE THE RIGHT TO BE SAFE!”