Hollywood bias extends beyond tweets and activism—it’s in the money too. 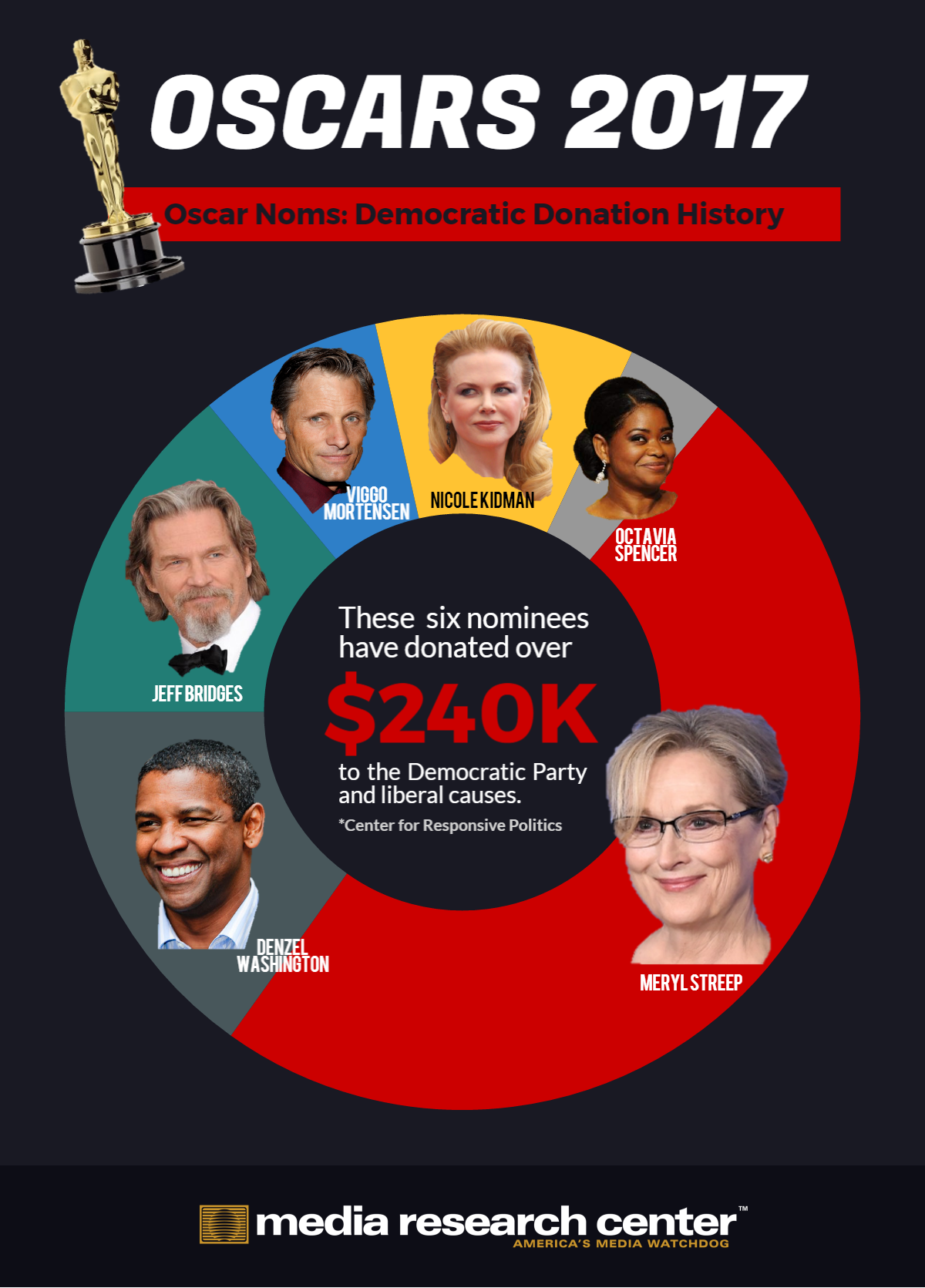 Using data from the Center for Responsive Politics, MRC Culture determined that eight of 25 nominees in the Best Actor/Actress, Best Supporting Actor/Actress and Best Director categories had donated to political campaigns. Unsurprisingly, only .08 percent of the contributions went to GOP candidates. (That was Mel Gibson’s $200 contribution to the Gingrich campaign in 2012).

The other seven actors who donated gave a total of over $240,000 to the Democratic Party, Democratic candidates and progressive organizations. (Viola Davis contributed less than $500 and is not included in the accompanying chart.)

Hollywood darling Meryl Streep, who received many accolades for her six minute Trump-critical Golden Globes speech, donated over $115,000 of that sum. As an advocate for “reproductive justice,” Streep is also a staunch proponent of Planned Parenthood. If she wins an Oscar for her role in Florence Foster Jenkins, the celebrated actress may again wax eloquent on progressive subjects.

Although donating over $30,000 each, actors Denzel Washington and Jeff Bridges have been relatively quiet when it comes to political activism. Viola Davis and Nicole Kidman follow a similar policy; however, when she broke her usual silence to advocate “supporting” the president, Kidman received significant pushback, causing her to clarify that she did not endorse Donald Trump.

In addition to criticizing the president and cozying up with Democratic politicians, Hollywood stars often promote the ACLU. Nominated for her role in Hidden Figures, Octavia Spencer advocated membership in the progressive organization with the tweet: “Become a Freedom Fighter.”  Viggo Mortensen also has made no secret of his left-leaning views, advocating for Bernie Sanders, and criticizing conservative media.

As the Academy Awards approach, it will be fascinating to see who wins, who gets political and ultimately, how America responds.