On Wednesday night, an estimated crowd of 200 queer folks and LGBT activists shook their booties and danced their way to VP-elect Mike Pence’s neighborhood. And the media were all over it.

“We are here tonight to send a clear message to Daddy Pence that we will not tolerate bigotry and hate in our country,” yelled organizer Firas Nasr amidst cheers at the protest gathering point. “We are here today to take the streets as our dance floor,” he continued. “Through dance, we choose to embrace one another, we choose to choose love over hate!” 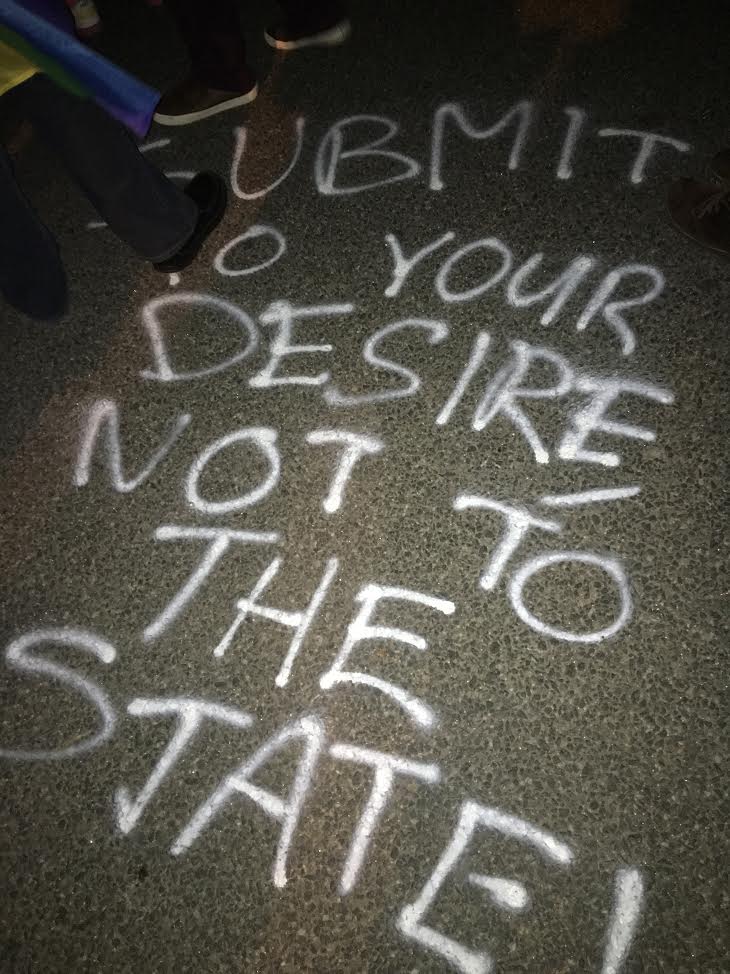 Energized from the speech, the crowd began the 1.2 mile march from the D.C. Friendship Heights neighborhood to Chevy Chase, Maryland. A beribboned truck led the way, blaring Lady Gaga and Beyonce, while rainbow-clad marchers followed, stopping frequently to dance and cheer. One protester vandalized signs along the route with stickers and spray paint. And a large number of reporters from the networks, local newspapers and international outlets flanked the march.

At one point, the protesters poked fun at and danced around a middle-aged couple holding up a sign in support of President-elect Donald Trump and Pence.

Pence’s neighborhood was blocked by police, and the VP-elect was away at an inaugural dinner. Still, the crowd got as close as they could. At that point, Nasr climbed on the truck and twerked to the music, while the crowd chanted: “Daddy Pence, come dance!”

When asked what she wished to tell Pence, one young protester told MRC Culture: “Look at the beauty of these people. Learn to stop the hate. F--k you, my dude.” Her response echoed the strange mix of proclaimed free love and hate toward Pence that characterized the evening. 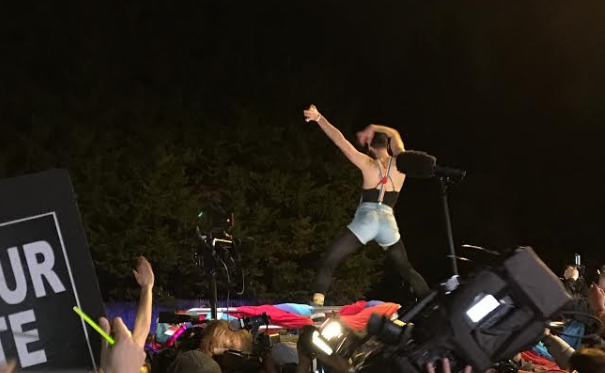 The event boasted wide media coverage, ranging from mainstream journalism to LGBT-celebrating articles. JamesMichael Nichols, Huff Post’s Queer Voices Deputy Editor, extended a “big thank you to all of the queers who turned out” for the party. “Did you get the message, Mike?” he questioned. “We’re here, we’re queer, get used to it!”

NY Mag’s Claire Landsbaum lamented that the “best party of the inauguration is already over.”

But the event’s sponsors don’t have any plans to stop protesting. Werk for Peace, a “queer-based grassroots movement” was founded by Nasr to spread peace through dance after the Pulse Nightclub shooting. DisruptJ20, a group working to impede Trump’s swearing-in, has a full line up of protests, rallies and parties to throw a wrench in the works.

Both will sponsor an inauguration night resistance rally called the “Qockblockade Brigade.”