NYT: Whiteness Is Reason For GOP Outrage On Trump Tape

According to New York Times reporter Yamiche Alcindor, the outcry over Donald Trump’s hot-mic audio has something to do with race.

After the presidential candidate’s lascivious comments went public last week, many Republicans rescinded their endorsement. But some journalists claim that the reason was not the mogul’s vulgar words, so much as the target of those words: a white woman. 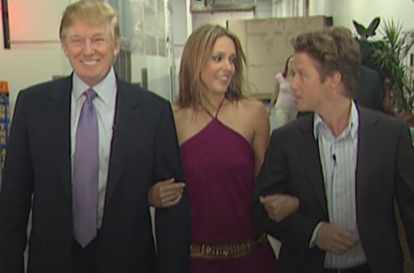 Women like actress Arianne Zucker are “historically more valued in American society,” Alcindor opined. This apparently explained the fact that Trump’s recent lewdness was less tolerable than his attack on Latina former Miss Universe Alicia Machado. (But what about Megyn Kelly and Rosie O’Donnell?)

Alcindor then listed several comments from Republican politicians suggesting that the women in their own lives inspired their decision to stop supporting Trump. “But some activists, experts and party strategists say that display of empathy illustrates that the lives of minorities are not as valued as those of white women,” wrote Alcindor.

Symone Sanders, former national press secretary for the Sanders campaign, agreed. According to Alcindor, Ms. Sanders tweeted: “You apparently can say whatever you want about Mexicans, Hispanics & Black people, but the Republican Party draws the line on white women.”

This isn’t the only time the media have aired this view. On October 9, MSNBC host Joy Reid and guest Rebecca Traister had a conversation about how race played into the scandal. “I'm really struck by these Republicans who are suddenly disavowing [Trump], as if this is a particularly different sentiment,” Traister said, “and I think it's interesting this was something he voiced about white women.”

On Tuesday’s CBS This Morning, co-host Gayle King asked guest and NYT writer Jodi Kantor about the racial hypothesis. “When you look at Latinos in society, when you look at immigrants, when you look at Muslims – these are all groups that potentially have less power,” Kantor responded. “But white women are fundamentally at some level an establishment group.”