As the impeachment trial continues in the Senate, network tv shows remain uninterrupted. Producer Chuck Lorre's 641st vanity card featured at the end of Young Sheldon, "Contracts, Rules and a Little Bit of Pig Brains" on Thursday expressed an overwhelming desire to draft Oprah to run in the upcoming election for president. Apparently the famously liberal Mr. Lorre is so paranoid that President Trump will win against the rest of the Democratic candidates that he feels the need to bring in a famous tv personality to oppose his reelection. 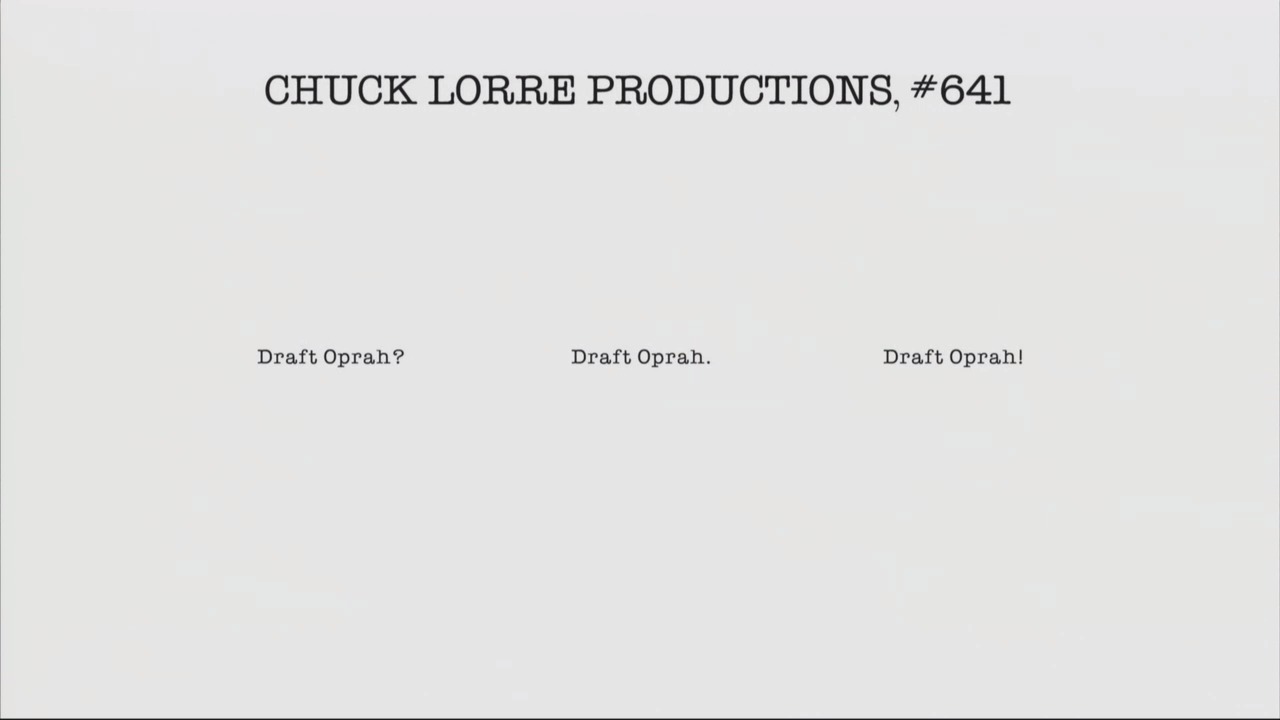 Mr. Lorre has expressed his disgust for President Trump on numerous occasions, including supporting his impeachment from office as well as revealing his loss of belief in the common sense of America. However, since Trump's removal is growing increasingly unlikely, and his popularity with Republicans has only grown since his election in 2016, it appears that Mr. Lorre is fearful that the president has a better chance than the current Democratic candidates. So much so that he felt the need to only say, "Draft Oprah" in his vanity card for Thursday evening's show... because Oprah Winfrey would be so much more preferable than Trump, apparently.