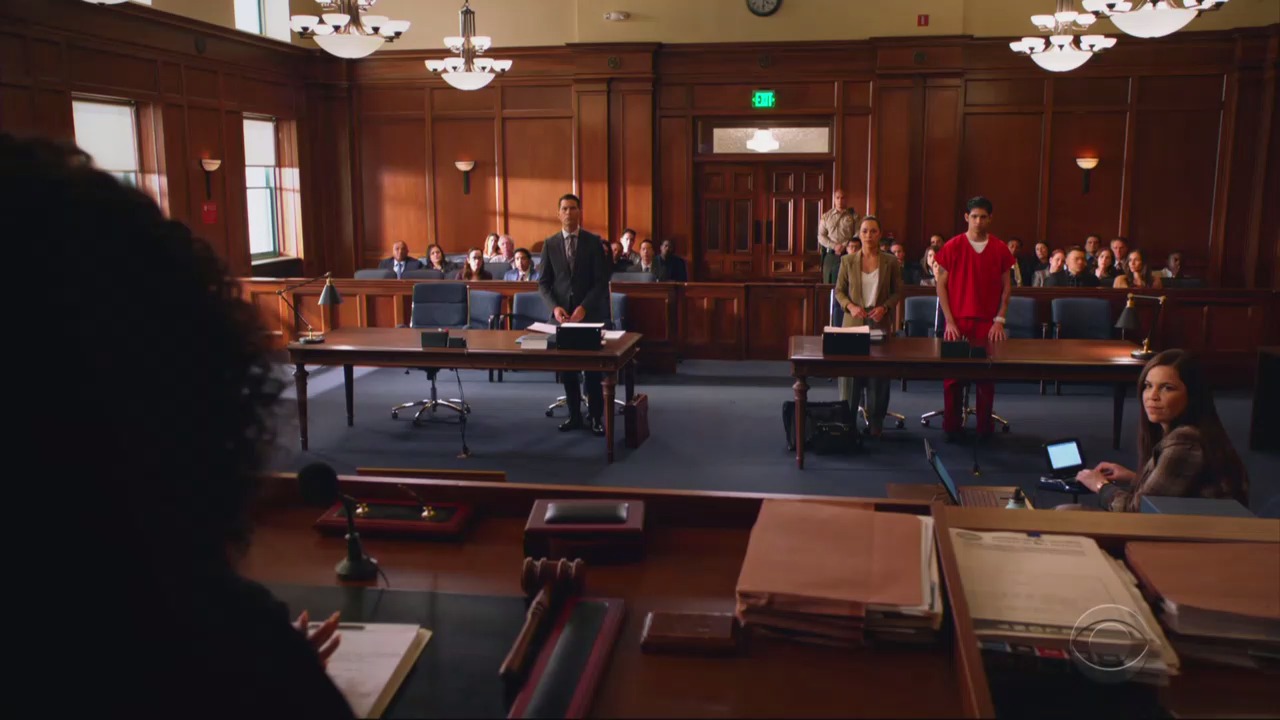 All Rise is well known for being politically charged, and this latest episode is no different. In the episode that aired Monday, "What the Bailiff Saw," the stars of the show defend gang members and demonize law enforcement.

An ex-gang member is charged with murder and in this trial the prosecution uses a bug in the meeting room to find out what other gang members were involved in the murder, putting the defendant's life at risk.

Sara Castillo, the court stenographer, feels the need to burst into Judge Lola Carmichael's chambers before she makes the decision of whether or not the prosecutor should have done this and in this conversation Sara reveals anti-police sentiments, claiming that gang members are "used" to further political agendas and not all of them are criminals.

Sara: ...Not all gang members are criminal. They run businesses. They raise incredible families. They contribute to the community. They just need a place to belong, that's it. But they all get targeted.

Lola: Sara, I need you to stop.

Sara: People use them. They use these-- these boys, these men, some of whom are my family. They are used by--as a political platform to get sheriffs elected, to get D.A.s elected, to raise funds for police rather than for social services.

The episode paints gang members as victims and as people who didn't choose to be in a gang, but also paints the police as using everything for their own agenda. Only in a woke show like All Rise would gang members be praised for their contribution to the community while law enforcement is maligned as politically opportunistic.