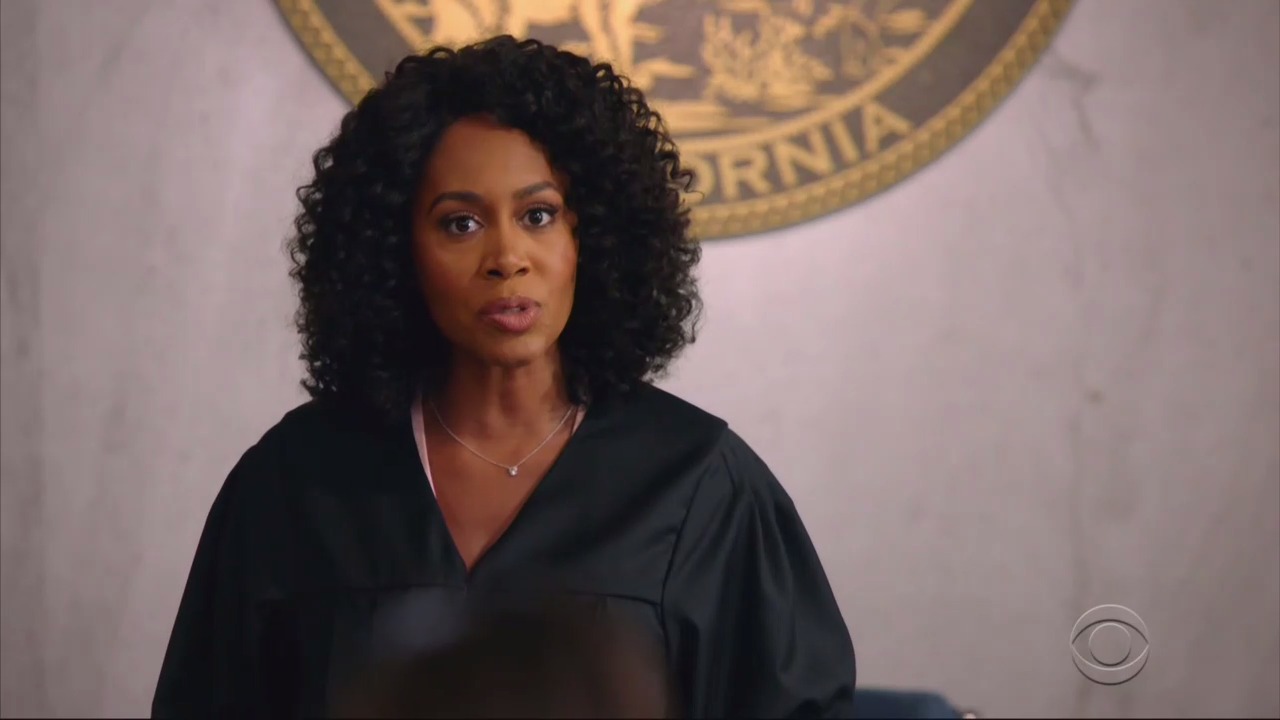 All Rise aired its second episode of the season Monday and, following last week's premiere, the show has stayed true to its original promise of wokeness. This episode, "A Long Day's Journey into ICE" focuses on the "injustice" of the U.S. immigration system and the evils of ICE.

Lola Carmichael (Simone Missick) has embraced her position as judge at this point in the show, and she is determined to make a difference in the lives of the people over whom she presides. She is given a case where Leo Guerra (Roland Ruiz), who also happens to be an illegal immigrant, has been falsely accused of felony assault. In the middle of the proceedings an ICE agent, Sal Soto (Yancey Arias), walks into the room and causes an uproar as California has declared itself a sanctuary state and ICE is not permitted in courtrooms.

From here, the rest of the episode revolves around how to ensure that Guerra is not sent back to his home country of Nicaragua as he is wanted in that country for protesting against the government. Despite him being one of the few characters we've seen on tv who actually has a legitimate case for asylum, Guerra tells his lawyer he didn't seek asylum once he reached America because "with new rules, there's no chance" and he was afraid of being deported back to his home country.

The entire episode makes America sound like the bad guy for having laws against illegal immigration and paints ICE in a very unflattering light. When Judge Carmichael allows Agent Soto into her office to discuss with him why he made the decision to step foot into her courtroom, there is no conversation--instead Judge Carmichael deals only in emotion and refuses to acknowledge the fact that the young man is an illegal immigrant is an issue.

Lola: I'm glad you accepted my invitation to talk quietly.

Lola: Mr. Soto, you are not an ignorant man. I'm sure that you're aware that California is a sanctuary state, which means undocumented--

Soto: I know what it means.

Lola: So then okay, we know what we mean. Perhaps you could explain why you...

Soto: There is one way to get me out, ma'am.

Lola: "Your Honor" or "Judge Carmichael." And do not interrupt me.

Soto: Courthouses work well for us, okay? Ahem. The targets are already screened...

Lola: Excuse me. Targets? Ah, Judge Carmichael, there are laws. If these targets are afraid that you are going to be here--

Soto: So you can interrupt me?

Lola: That's right, because this is my house.

Soto: I had a partner. Stabbed at a raid. I have been shot at. This is a safe place for us to do our job, our duty.

Lola: It is my duty to make sure that you don't use these courts as a stock pond because people need to believe that this is a just place. If citizens--

Lola: People, then. If people think they'll be deported, they won't show up. Witnesses will refuse to testify. Defendants will skip bail. Crimes will go unreported.

Soto: Obstruction of justice is a federal offense.

Soto: It is a federal crime to corruptly obstruct, influence, or impede on any official proceeding or attempt to do so. This can carry a sentence of 20 years.

Lola: I'll take my chances. And since we are dealing in facts, anyone who refuses to adhere to the court's orders, attempts to interfere with the court's proceedings--

Soto: Judge Carmichael, the people that give me my orders are, uh, humorless. How about you finish your job so I can do mine?

Lola: He could be your nephew.

Lola: You don't feel a connection to them? Some empathy?

Soto: How many people have you put in jail that could have been your brother? Or your son?

Lola: Mr. Soto, if you so much as set foot in my courtroom, I will charge you with contempt and you will go to jail. Statement of fact.

Judge Carmichael completely disregards Mr. Soto's authority, she shows obvious contempt for his job, and she even ridicules him for his lack of compassion for the people who are in the USA illegally. She doesn't seem to take into consideration the fact that Mr. Soto is merely attempting to do his job safely and instead throws him out of her office.

All Rise is trying entirely too hard to be the wokest show on television. In the preview for next week, it looks like the black bailiff gets stopped while out jogging so we're going to get a racist police storyline. On this show, the only justice that really matters is social justice.