CBS's ‘NCIS: LA’ Claims Hijab Not ‘Overt Political Statement’ in Iran, Unlike USA 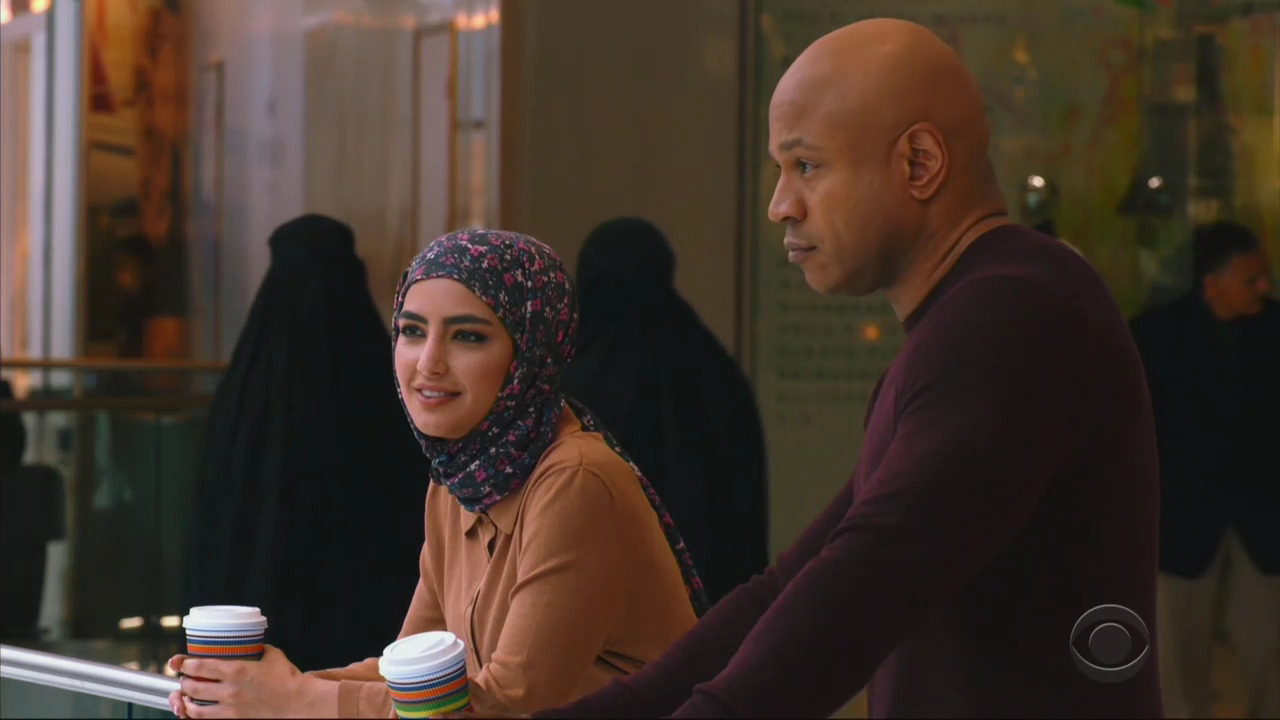 NCIS: Los Angeles aired its eleventh season premiere on CBS Sunday night. The episode "Let Fate Decide" was a compelling watch, given that the team is fighting against ISIS and attempting to stop an all-out war, but of course since the episode involved the Middle East, the writers felt it necessary to include a scene praising the hijab and its wearers, blatantly ignoring the fact that in many Middle Eastern countries the hijab is forced upon women and not freely chosen like in America.

While Sam (LL Cool J) and Fatima (Medalion Rahimi) are in Tehran attempting to stop a war, Fatima reveals that she loves it in Tehran, because of all the women wearing hijabs, just like hers.

Fatima: Yeah, I mean... Look, don't get me wrong. I'm ride or die Beverly Hills. I don't even like going east of La Cienega, but... I do love it here.

Sam: You're the majority.

Fatima: It's more than that. I mean, these women, they're, they're all my age, and they're just living their lives. You know, when they put their hijab on in the morning, they don't have to... I don't know.

Sam: Worry that they're making an overt political statement when all you're doing is going to In-n-Out [Burger] for a Double-Double?

Fatima: Yep. I couldn't have said it better myself. And that's why you're the man, Sam Hanna.

The implication here is that America is Islamophobic, but this interaction takes place in Tehran, which is highly ironic considering that in Iran women are forced to wear hijabs against their will and the women who live there have been fighting for the right to walk down the streets without a hijab. It is an "overt political statement" to go without one in Iran, and it is often quite dangerous for the women who make the decision to leave their house bareheaded.

The fact that NCIS: LA paints Iran as somewhere that a woman would love to live is not only ignorant on their part, but is also highly concerning due to the fact that the women in Iran are treated as second-class citizens. The compulsory hijab has even been called "a gender apartheid." It's ridiculous that Hollywood, which loves to see itself as woke and feminist, would choose to portray a place that actually discriminates and dehumanizes women in such a positive light, especially in an attempt to make the U.S. look intolerant.