Surprise! ‘Hateful’ Alt-Right Killer Frames Lesbian Muslim Immigrant on 'How to Get Away with Murder' 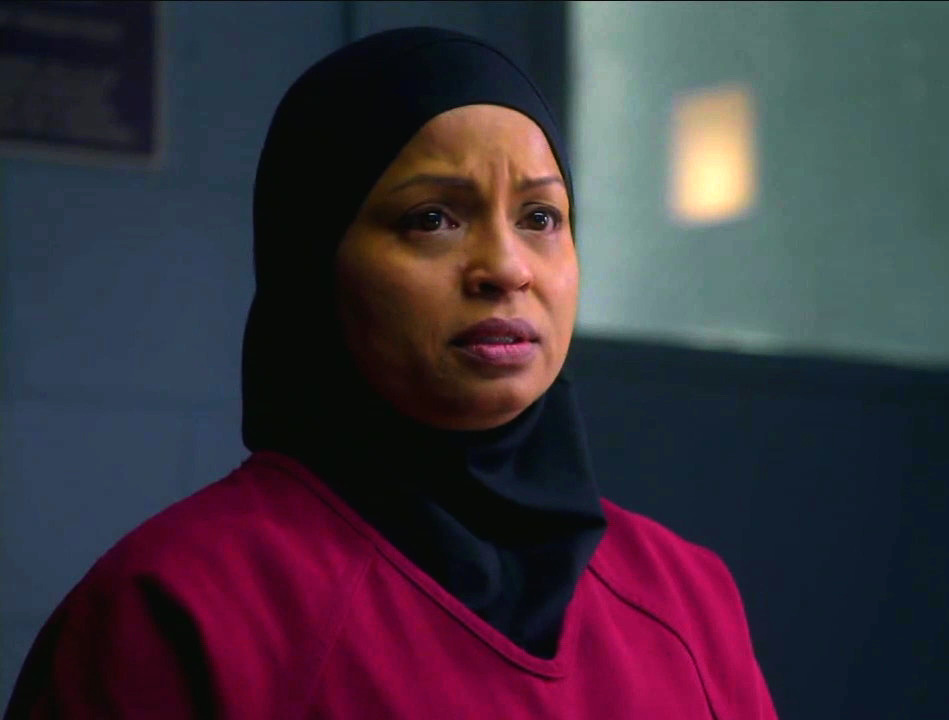 A lesbian Muslim who is wrongly suspected. A white man who is a member of the alt-right with racist and Islamophobic views. Such was the storyline for October 4’s How to Get Away with Murder, the Shondaland production currently in its fifth season on ABC.

Fresh from having won her case at the U.S. Supreme Court last season, defense attorney Annalise Keating (Viola Davis), is engaging in her first appeal after the success of her class action lawsuit. Her clients are those who have been convicted but are aiming to have their cases reheard due to poor legal representation. Enter Nanda Hashim, a lesbian Muslim immigrant who is serving 20 years after pleading guilty to killing her wife, Ally Bathurst, who had even converted to Islam for Nanda.

There’s the typical courtroom drama expected from such legal shows, with eruptions from witnesses (Nanda’s incompetent public defender) and actual murderers (Ally’s alt-right son). There is also, of course, an added twist to the case. Nanda was married to a man, which she didn’t disclose to Annalise. She married Ally for the sake of a green card. But, Nanda reveals, as she pleads for Annalise to believe her, she did come to truly love Ally.

Annalise is not only angry by this revelation that Nanda may not have been entirely truthful about her sexuality, she seems surprised. “I chose you as my first appeal because you were trustworthy,” Annalise says as she lets her client have it. Really? It wasn’t because of the good optics coming from seeing justice served for a Muslim immigrant who may or may not be a lesbian, and whose life could be in danger if she were deported back to her home country of Myanmar?

Plenty is said about the dangers immigrants face if forced to return to their native country. Law student Gabriel Maddox (Rome Flynn), reminds his fellow students that this case is “about genocide” in Myanmar. He goes into further detail about how “thousands of Rohingya Muslims have been murdered and sent to concentration camps, but Nanda escaped. Except now she’s locked up in what’s supposed to be the freest country in the world.”

Annalise reminds her third year law student also working the case, Michaela Pratt (Aja Naomi King), of the same thing. “If you lose this case,” she warns Michaela, “she has to serve out a 20-year sentence and then she gets deported back to a country where they’re sticking women and men in concentration camps, raping and killing them.”

For all the attention paid to the plight of Nanda as a Muslim refugee, very little is said about how homosexuality is regarded in Islam. While still in jail, Nanda tells Annalise and Michaela she saw a therapist, which was her wife’s idea, as “it’s not like I knew how to be gay in my faith, especially being married to a woman, having step-children.” Nothing more is said about it, not from any of the other characters, though gay law student Connor (Jack Falahee) does devote time to hypothesizing Nanda may be bisexual.

Fortunately for Annalise and her team, as well as Nanda, they are able to prove her innocence and find a new suspect for the District Attorney to go after. Who is it? The victim’s son, Josh, who also happens to be a white supremacist who wrote Islamophobic posts on an alt-right website and then spewed racist remarks at Annalise once she called him out on it.

Annalise: Your honor, I’d like to enter Defense Exhibit A. It’s a print-out from the alt-right website, strivingtruth.com. Josh, can you read the highlighted comments posted by Barfly22?

Josh: ‘These Muslims have radicalized our communities and no one stops them. You want your children praying to Allah instead of Jesus?’ That’s… despicable.

Annalise: I agree. Why’d you write it?

Annalise: My tech expert told me that the I.P. Address linked to Barfly22 matches your computer… did someone steal your computer and impersonate you? Remember, you’re under oath.

Josh: We have free speech in this country. So whatever it is you think I wrote…

Josh: ...it does not make me a murderer.

Annalise: You know what, I would agree with you, if you hadn’t made up the story that your mother wanted a divorce… you thought Nanda was walking to the mosque that night, so when you saw a woman in a hijab, you ran over your own mother. That’s how incompetent a killer you are…

Josh: The public defender was right about you. Letting real criminals loose on the streets sets us back.

Annalise: ‘Us,’ as in white people… you’re the one who killed a white woman here, not me. Why? Did you feel abandoned by your mommy?

Josh: You are worse than the rest of them!

Annalise: Or was it just hate? Because your mother chose to love a brown woman instead of you?

Josh: Y-you are a stain on this country, just like her [points to Nanda].

Haven’t we seen this movie before? If it sounds like you’ve just heard about this trope, it’s because FBI, the latest creation by Dick Wolf, featured the same idea in its Pilot episode from just the week before. It appears then both Wolf and this show’s creator, Shonda Rhimes, as creative as they may be lauded to be, can’t help themselves with the liberal stereotypes.