It was a huge win for the First Amendment and for the pro-life movement. The Supreme Court ruled on Tuesday in NIFLA v. Becarra that California cannot mandate that pro-life crisis pregnancy centers give out abortion information at their clinics. The two sides of the abortion debate had different reactions to this ruling. Guess which side the media went with? 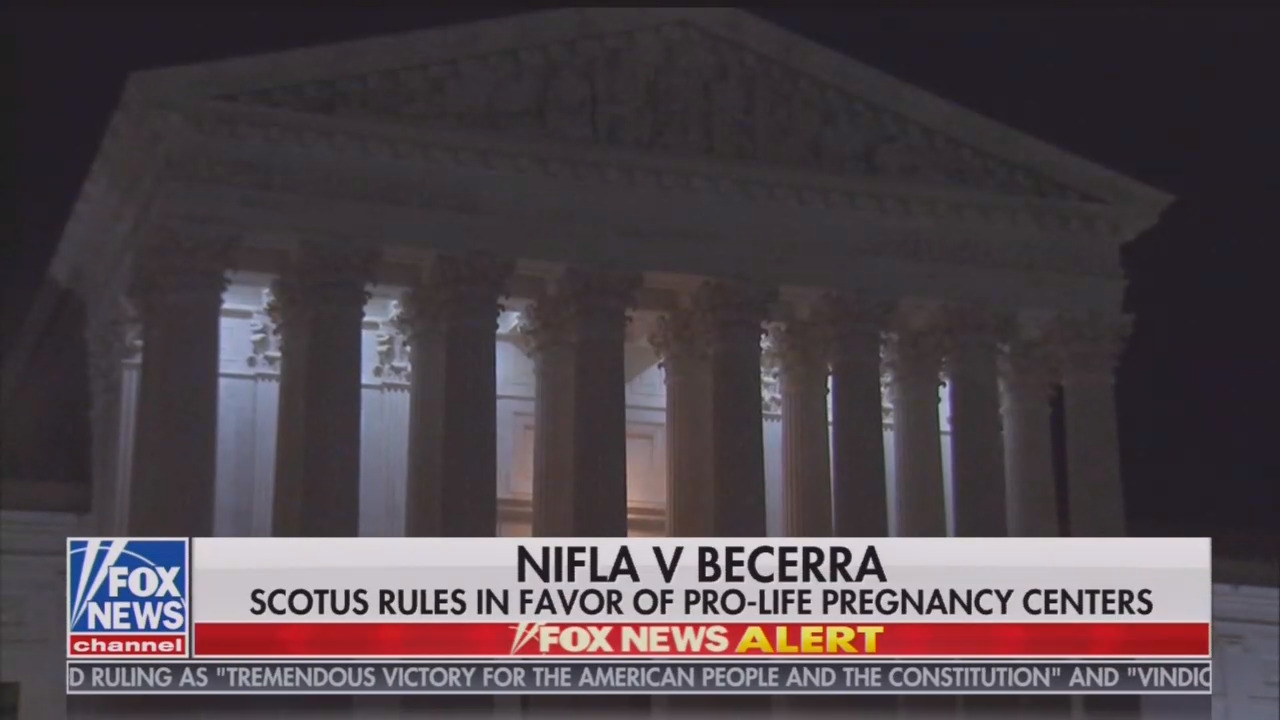 According to NPR “passions run high when it comes to abortion,” and if you add in “the fact that most anti-abortion pregnancy centers have a firm Christian perspective, and you have quite a volatile mix.”

Glamour deemed the decision hypocritical because “the law requires hospital or health center staffers to tell women seeking abortions about adoptions” but it does not “require counselors at crisis pregnancy centers to give information about free or low-cost abortions, prenatal care, or contraceptives to women.”

The theme ran through the media’s reaction is that pro-life centers are deceiving and misinforming women. The Guardian called crisis pregnancy centers “storefronts which have the look and feel of women’s health clinics, but are often backed by Christian groups that try to persuade women not to have abortions.”

Mic writer Alison Durkee said, “with more than 3,000 facilities across the country, the facilities outnumber abortion clinics, and are often accused of employing misleading tactics.”
She claimed that these “facilities portray themselves as licensed medical facilities or abortion clinics” that “give women medically inaccurate information about contraception and abortion.”

Of course Planned Parenthood Action and NARAL Pro-Choice America claimed woman’s rights were being violated by this ruling. 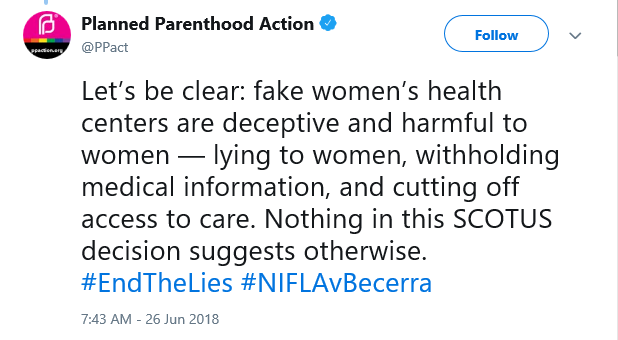 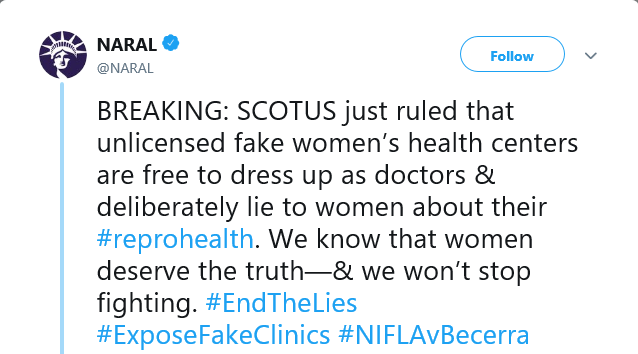 In a press statement NARAL Pro-Choice America President Ilyse Hogue stated that, “One vote: That’s the difference between ending the lies and deception at fake women’s health centers or letting them off the hook for their dangerous and deceptive practices.” Claiming that the, “Supreme Court turned its back on women and condoned the deceptive tactics used by fake women’s health centers.” The press release ended with “women deserve the truth.”

Historically, Planned Parenthood has been known to dilute the truth by being against showing women ultrasounds and challenging waiting period between initial appointment and abortion. When will Planned Parenthood start telling women the truth by showing ultrasounds and talking about other options besides abortion? Right, you just have to follow the money.